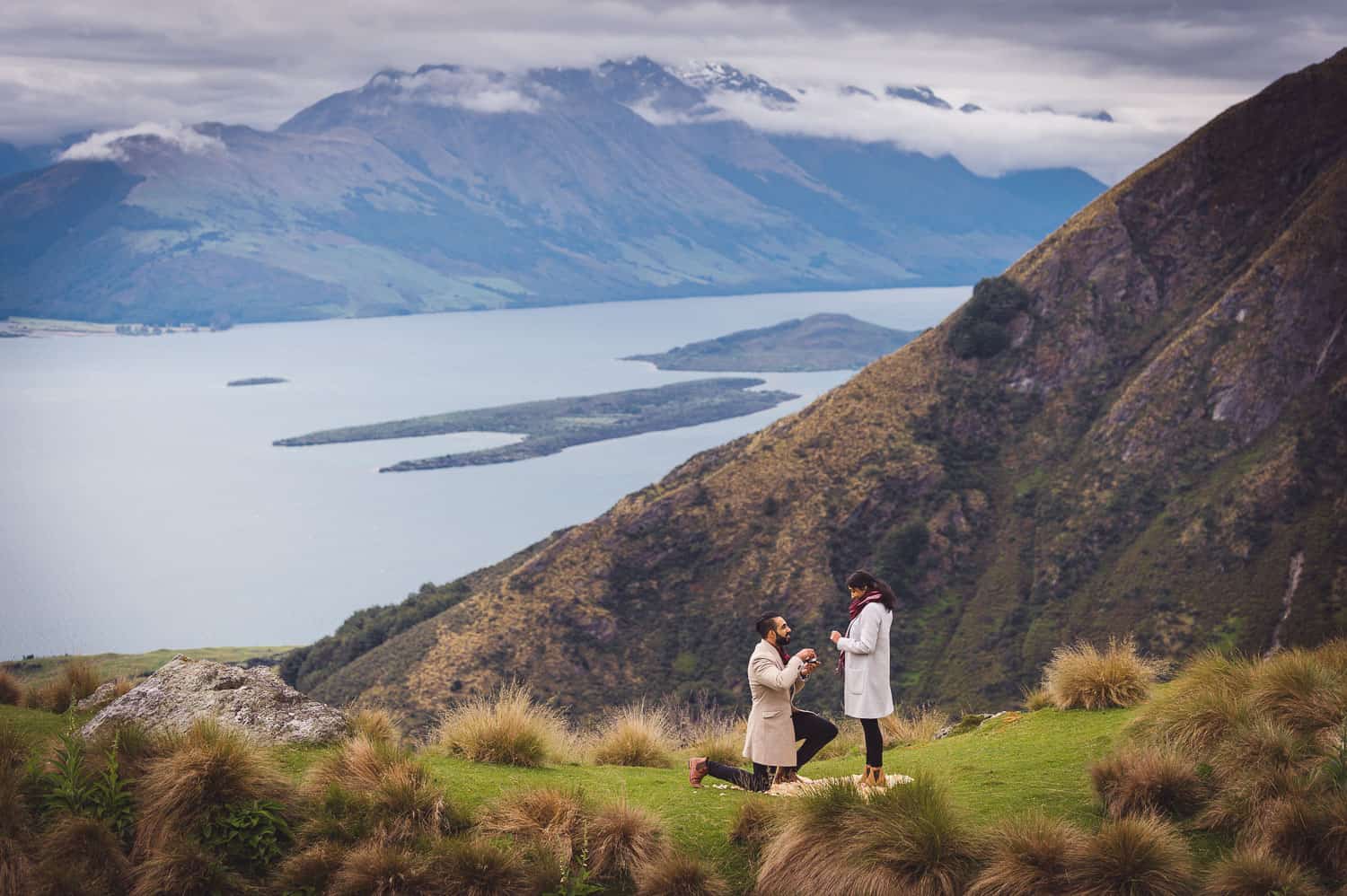 PLANNING A SURPRISE QUEENSTOWN HELI PROPOSAL?  THEN READ ON…

DON’T TRY AND KEEP THE FACT YOU HAVE A SECRET A SECRET (HUH?!)

Women are fiendishly clever creatures and often know what us blokes going to do before we know it ourselves.  So my advice would be to not try and keep everything a secret from your significant other.  In fact, don’t even try to keep the fact you have a secret a secret.  She will sooner or later figure out that you’re up to something.  But, we are going to try to let her thinks she’s discovered the whole secret so she doesn’t dig any deeper and uncover your true objective.  If she guesses that you’re surprising her with a heli flight, fine.  As long as she doesn’t catch on to the whole Surprise Queenstown Heli Proposal bit, that’s all that matters! 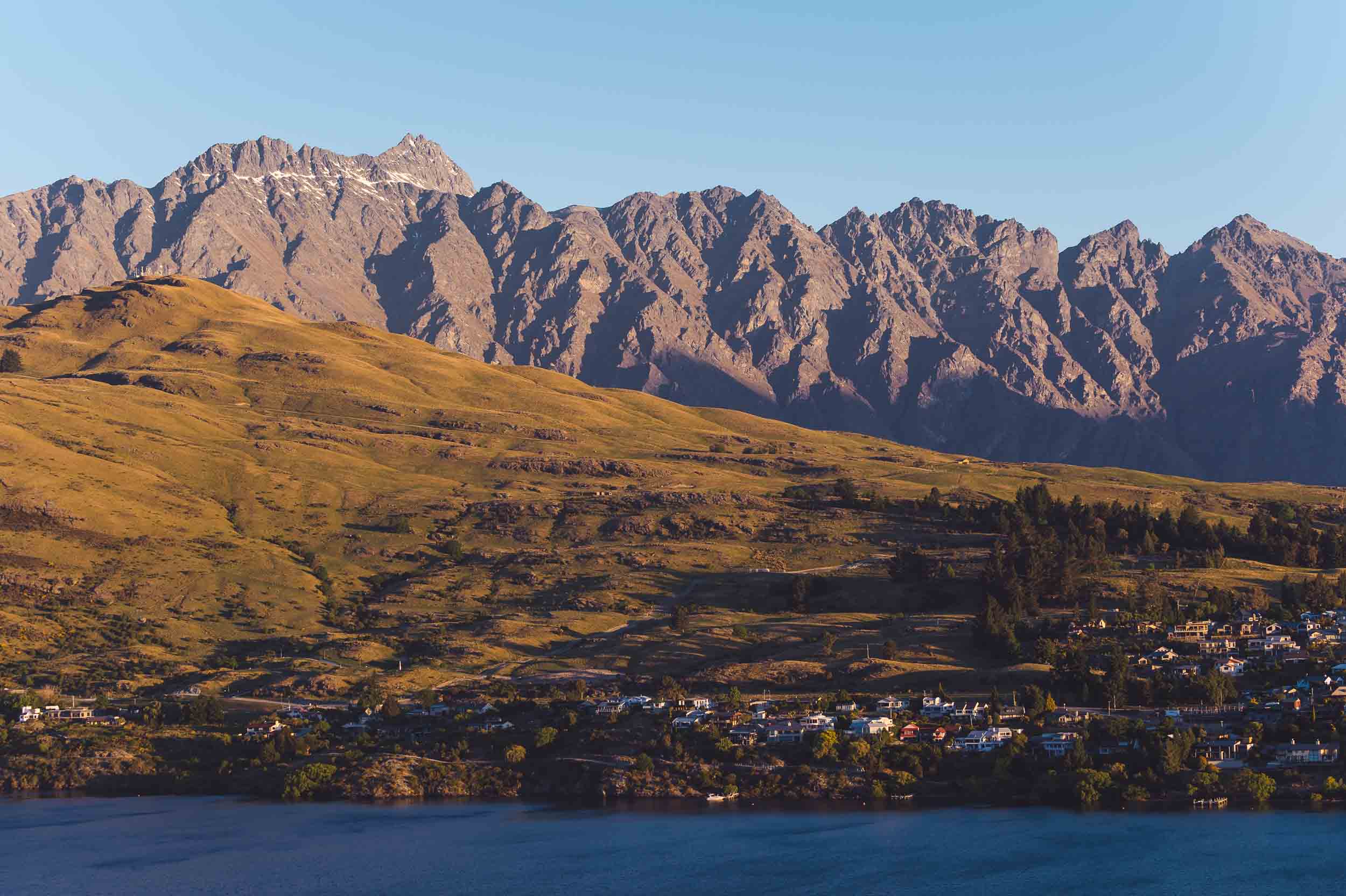 HONEY, FANCY A (KIND OF WORK) TRIP TO QUEENSTOWN?

If you don’t live in Queenstown, you will need to come up with a plausible reason/excuse for your trip.  Unless you have already planned a trip to Queenstown together.  Best approach I think is to come up with something believable and thoughtful but not that romantic.  For example, maybe you tell her it’s a work thing.  Eg you’re going to be tied up all day the second day with work stuff.  But you got a great deal on flights for her and accommodation is paid for by work.  See where I’m going with this?  You’re thoughtful enough to take her to Queenstown with you but it’s really a work thing with her as an after-thought.  So it’s kind of thoughtful but not very romantic.  Which is exactly what we’re going for here!  Anyway, that’s just one idea – you will have to figure out what cover story works best for you. 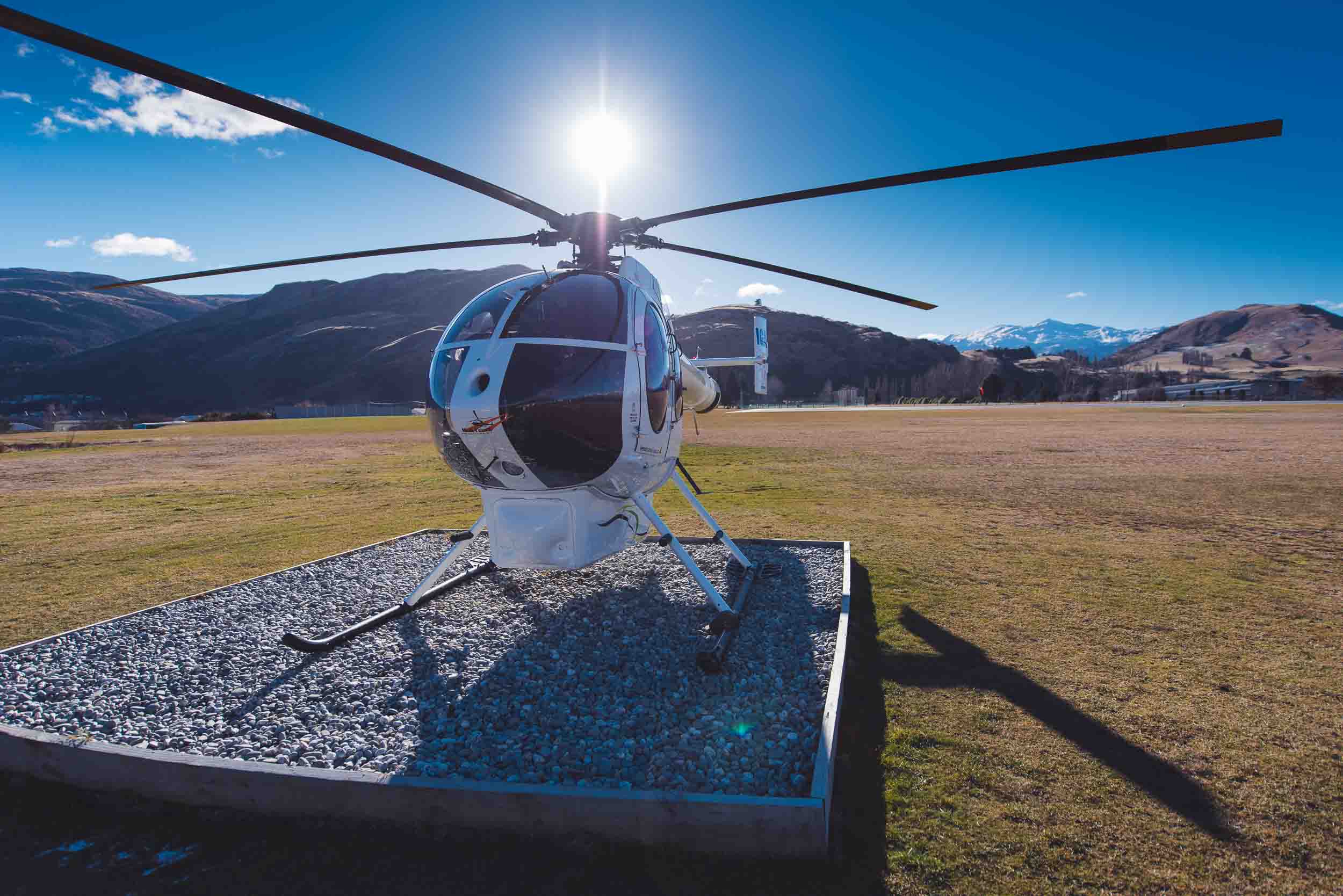 Now with a Surprise Queenstown Heli Proposal, there’s 2 major approaches.  You could tell her straight away about the heli flight, maybe even at the same time you tell her about the Queenstown trip.  But I think it’s better to keep it a secret for as long as you can.  The reason I say this is because she will almost certainly expect you’re up to something and when she finally figures out it’s a helicopter flight she will hopefully think that that’s the big surprise and the reason maybe you’ve been acting differently.  (She is going to figure out she’s flying in a helicopter at some stage, even if it’s only when you pull up outside the helicopter company).

When you arrive at the helicopter company, I will already be there waiting in the lobby.  The small camera I have with me will be in plain sight.  (My main camera bag I will have already stashed in the helicopter’s cargo hold by now so it goes unseen).  I will be engrossed in my phone when you arrive and probably won’t even look up when you come in.

During the wait and safety briefing,  I will be friendly enough only “stranger friendly”.  When we take off I will start taking photos like crazy.  I will seem like a keen amateur photographer who’s never been in a chopper before.

When we disembark from the heli, the pilot will guide us over to a good spot to see the scenery and will point out a few interesting features and tell us a little bit about them.  I will be nearby but will mostly seem to be engrossed in taking a million photos of the scenery rather than listening to the pilot or being near you guys.

At this point I will discreetly change to my pro camera and lens (which was hidden in my small camera bag).  This will allow me to be up to about 20 metres from you guys and still get nice tight shots of “the moment”. 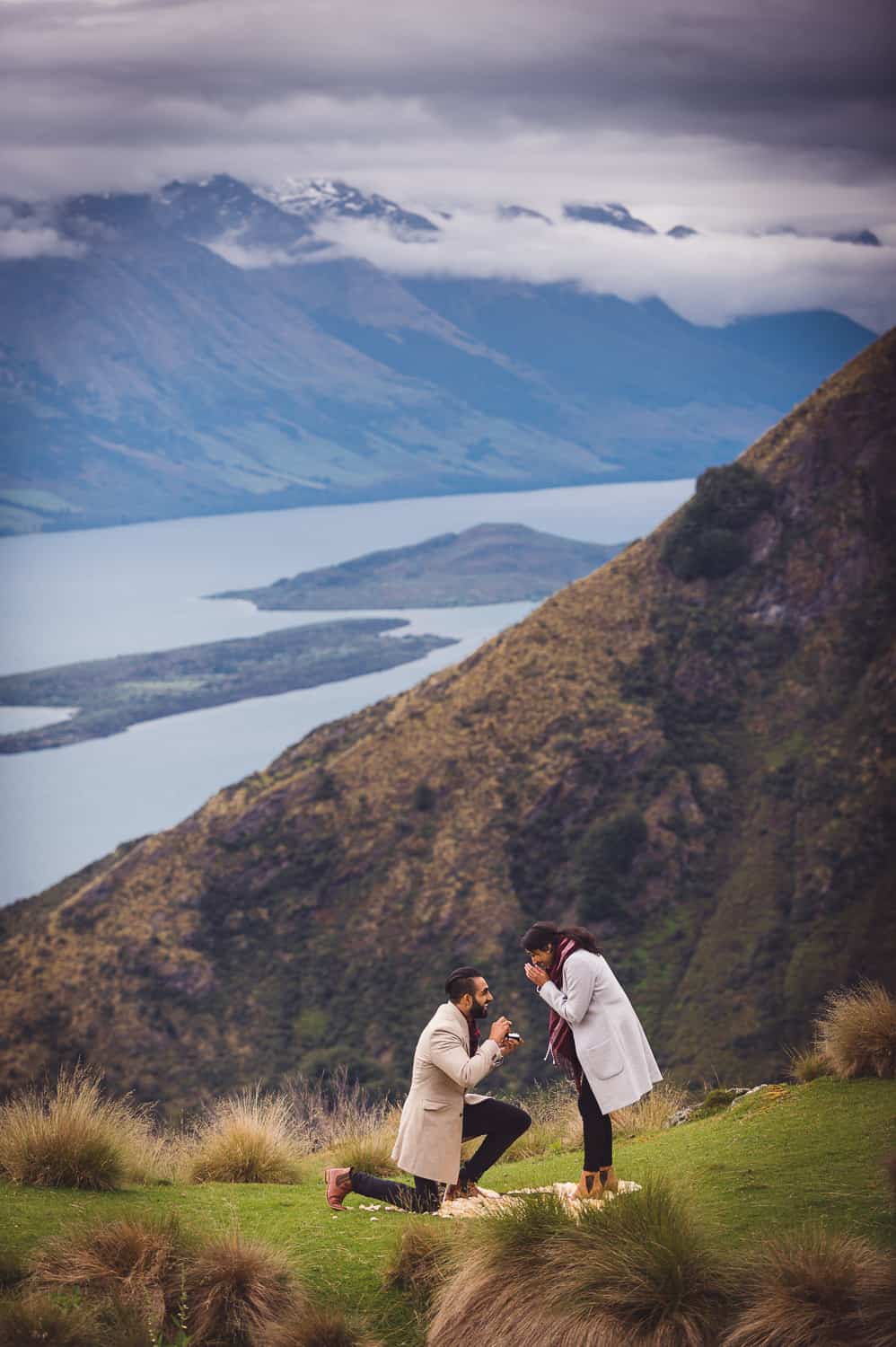 About 5 minutes or so after getting out of the chopper you will drop to one knee to propose and will stay down on one knee for as long as you can.  I will capture the moment you propose and she says yes.  After that obviously, the secret is out and we can take some not so top secret of the two of you, then allow you a few minutes to enjoy being engaged on a mountain top before we fly home.

P.S. If you are looking for helicopter options, the helicopter company I fly with the most often is Heliworks Queenstown.

How to Pull Off the Most Romantic Queenstown Engagement EVER (with photos!)