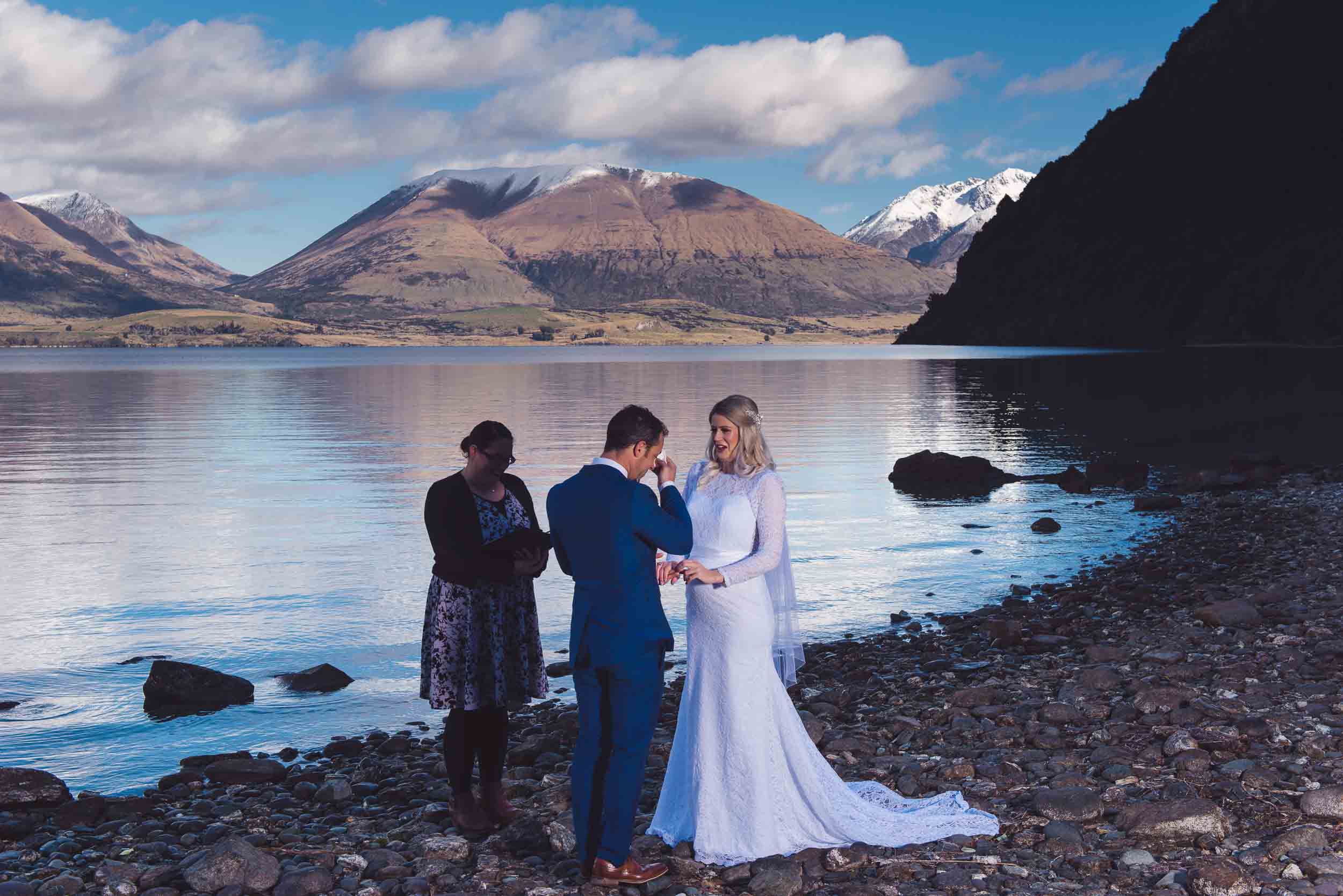 ARE YOU PLANNING A QUEENSTOWN ELOPEMENT?

5 TIPS TO HELP YOU FIND THE PERFECT LOCATION

MY GUIDE TO THE BEST QUEENSTOWN PHOTO LOCATIONS

If you would like to check out some stunning Queenstown Photo Locations that might also be epic for your Queenstown Elopement, check out this blog post.

Before Kestin & Chris arrived in Queenstown they had planned to have their Queenstown Elopement on the shores of Moke Lake, which is a stunning lake surrounded by mountains about 15 minutes drive from Queenstown.  This location was chosen by Kestin & Chris from a few that both I (as their Wedding Photographer) and their celebrant Philippa Thomas had suggested.

Once Kestin & Chris arrived in Queenstown they did a recce of the various locations Philippa and I had told them about and in the end decided that Moke Lake would be just too muddy and Kestin’s dress would get wrecked.

Kestin quite liked one of the other spots we had told her about, Sunshine Bay.  But they weren’t head over heels in love with it and I felt we could do better.  I hadn’t been able to join them on their recce as I’d been shooting a wedding that day.  So I met up with Kestin the following day and took her out to another spot I thought she might like.  Luckily she fell in love with it.

This particular location was in Bob’s Cove.  Set right on the pebbled shores of Lake Wakatipu it had stunning lake and mountain views in front and beautiful native forest behind.  The only challenge was that this spot had no direct sun on it at all at this time of year (mid winter).  I explained this to Kestin but told her that I could light them and their 2 guests and the foreground with a flash.  I also warned her the lack of sunlight would make her ceremony colder than it might otherwise be.

In the end Kestin & Chris went back together and found a spot they preferred more.  It was just a hundred metres or so further along the lake edge.  The end result?  The weather was perfect and Kestin & Chris’s ceremony looked dramatic and beautiful.  But I’ll let the photos be the judge of that.

Note: On the day of Kestin & Chris’s Queenstown Elopement the ceremony location was in shade and the background scenery was bright and sunlit.  Which meant I had to use powerful off-camera lighting (my Profoto B1 500 TTL Air battery powered strobe) to light both them and foreground.  Without it, I would not have been able to get photos that showed both them and the landscape beautifully.

If you are planning on having your ceremony/photos in the shade/super high contrast, make sure they are ok with it .  If not it might be worth considering changing locations.  (It’s either that or changing your photographer!).

Hopefully you find these tips and the real life example of Kestin & Chris’s Elopement Elopement helpful.