Ok, I admit it.  I love shooting Surprise Queenstown Heli Proposals.  So when Harshal called me up and told me he wanted to enlist me to shoot his Surprise Cecil Peak Heli Proposal to Rajvi I was in straight away.  And the fact that it was winter and Cecil Peak was covered in snow?  That was just a bonus in my opinion! 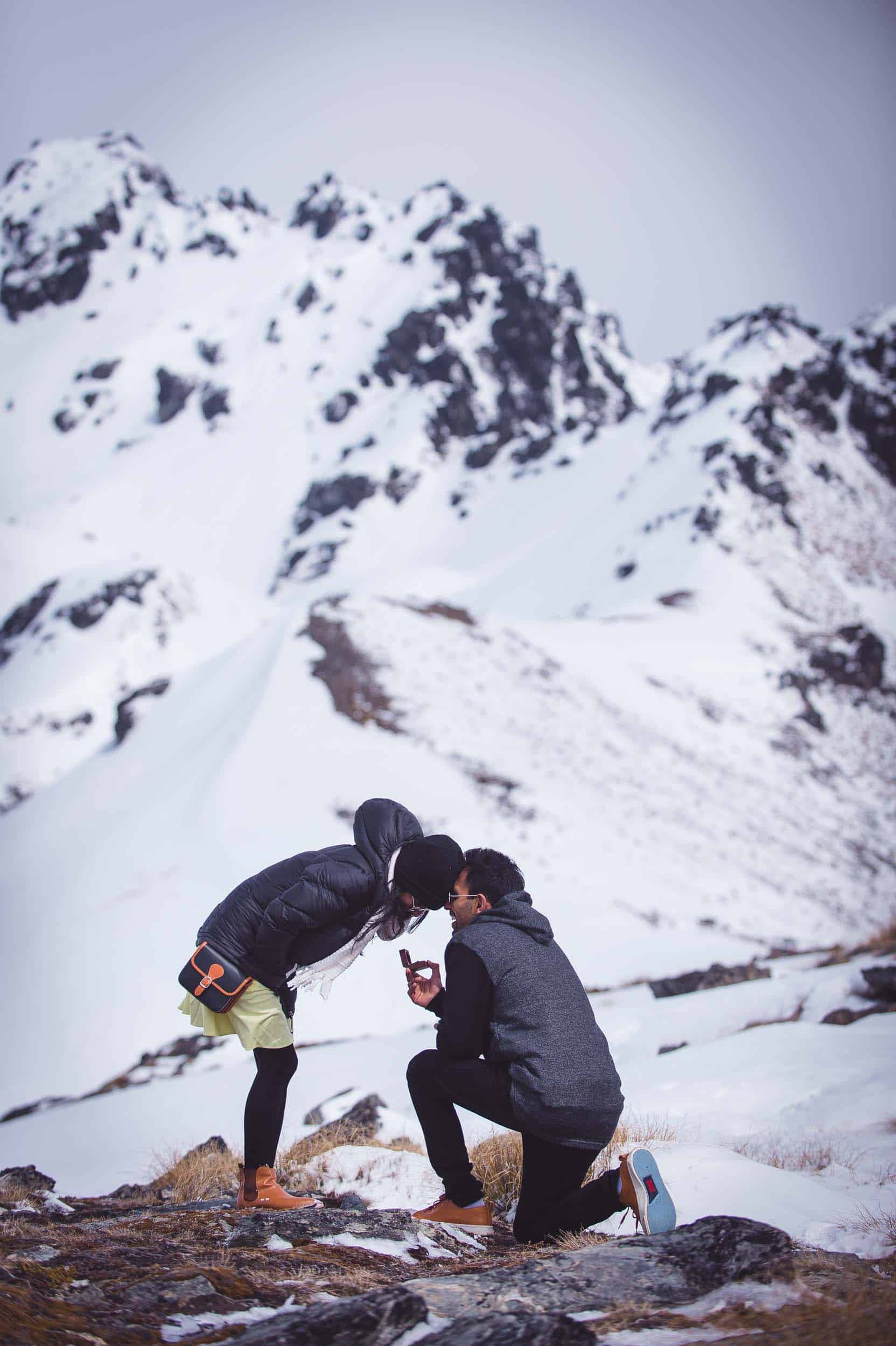 You would think that having a professional photographer share your helicopter ride with you would give the game away.  I mean, how can a Surprise Cecil Peak Heli Proposal be a surprise with me there?  Surprisingly, a helicopter flight is a great way to pull off a surprise proposal.  I told Harshal to tell Rajvi that it was a scenic heli flight and there may or may not be other passengers on the flight with them.

On the day, I got to the helicopter company before them and stashed my big camera bag in the helicopters luggage compartment.  I kept my small camera on me in plain sight.  (I shoot with 2 cameras.  One is much bigger and more “pro” looking than the other.  Especially when it has my telephoto lens on it).  When Harshal & Rajvi turned up at Heliworks I was seemingly engrossed in my phone and ignoring them.  I said hi at some point but wasn’t overly friendly.  In other words, I acted like a stranger normally would.  On top of this, I pretended not to know any of the staff at Heliworks.  I started taking photos like crazy out the window as soon as we took off.  I was trying to make it look as if I had never flown in a helicopter before and was obviously a keen photographer. 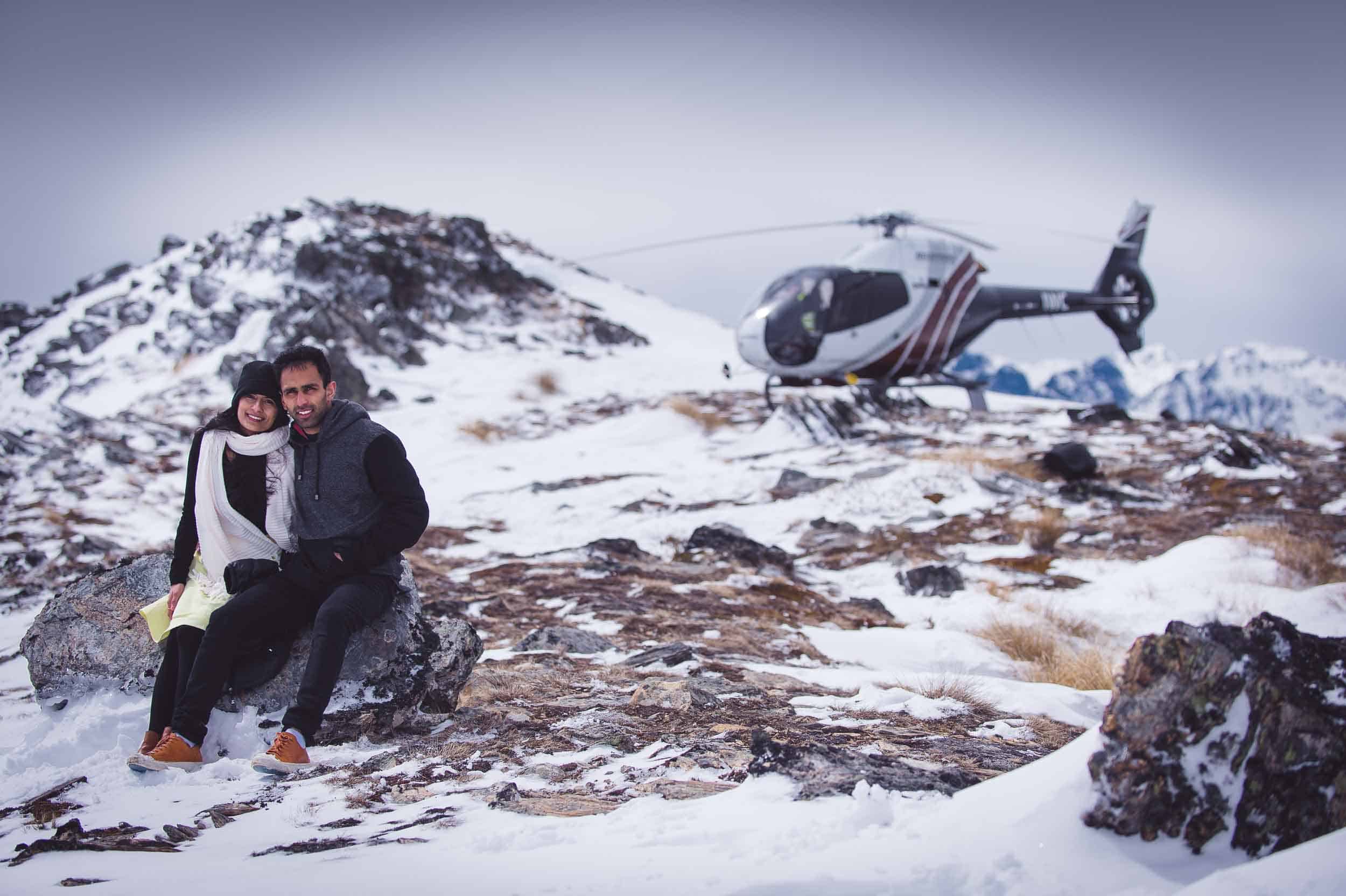 It’s all in the timing

After we landed at Cecil Peak, the pilot walked us over to a scenic viewing spot to point out some landmarks.  I listened to his spiel for a little bit then wandered off a short distance taking photos of the landscape. It was at this point that I snuck my big camera bag out of the helicopter and swapped to my bigger camera & lens.

But I was keeping one eye on Harshal.  So when he dropped to one knee I was ready and all I had to do was turn and capture the moment.  Here are a few photos from Harshal & Rajvi’s Surprise Cecil Peak Heli Proposal.  I hope you enjoy them. 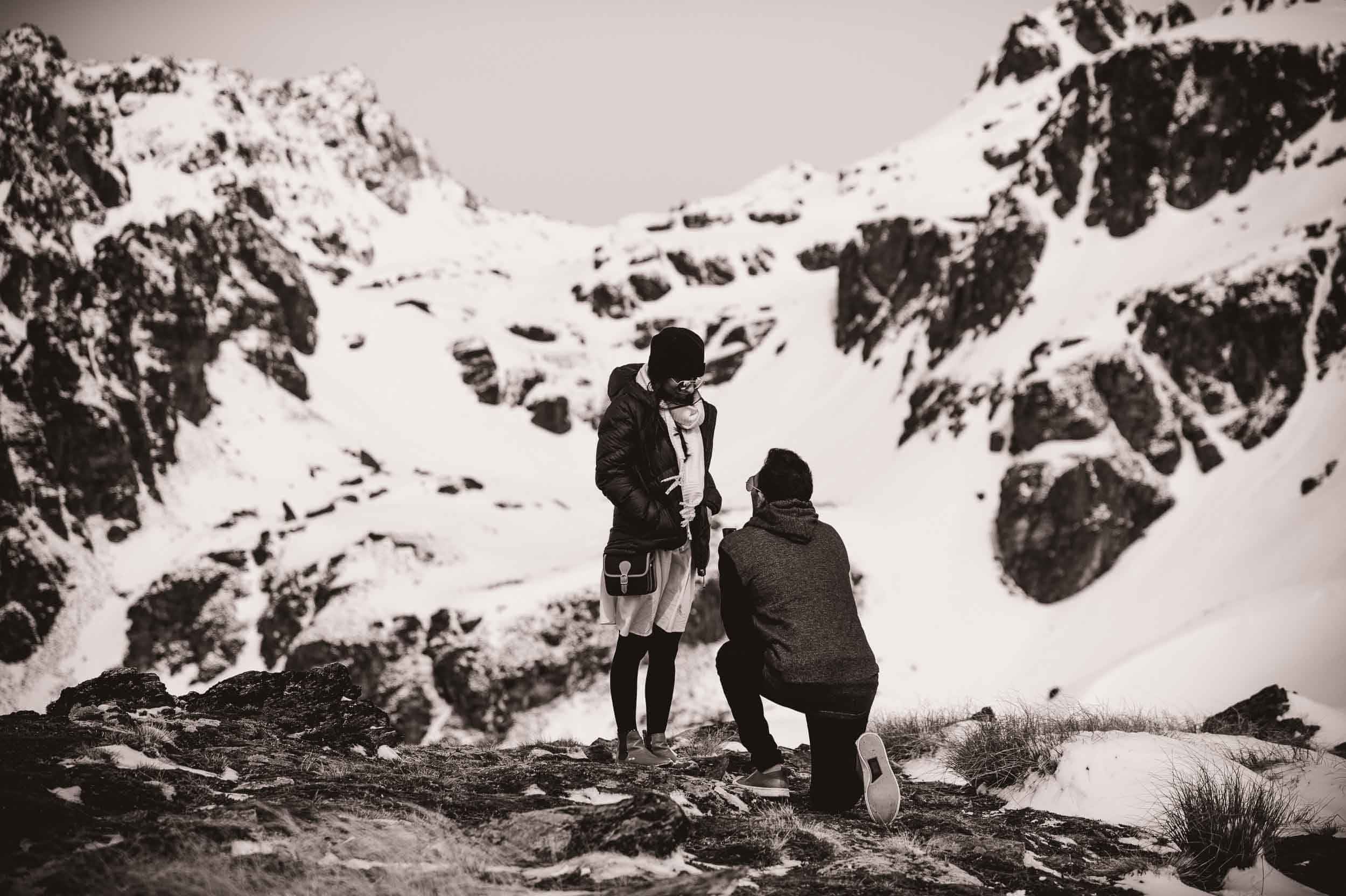 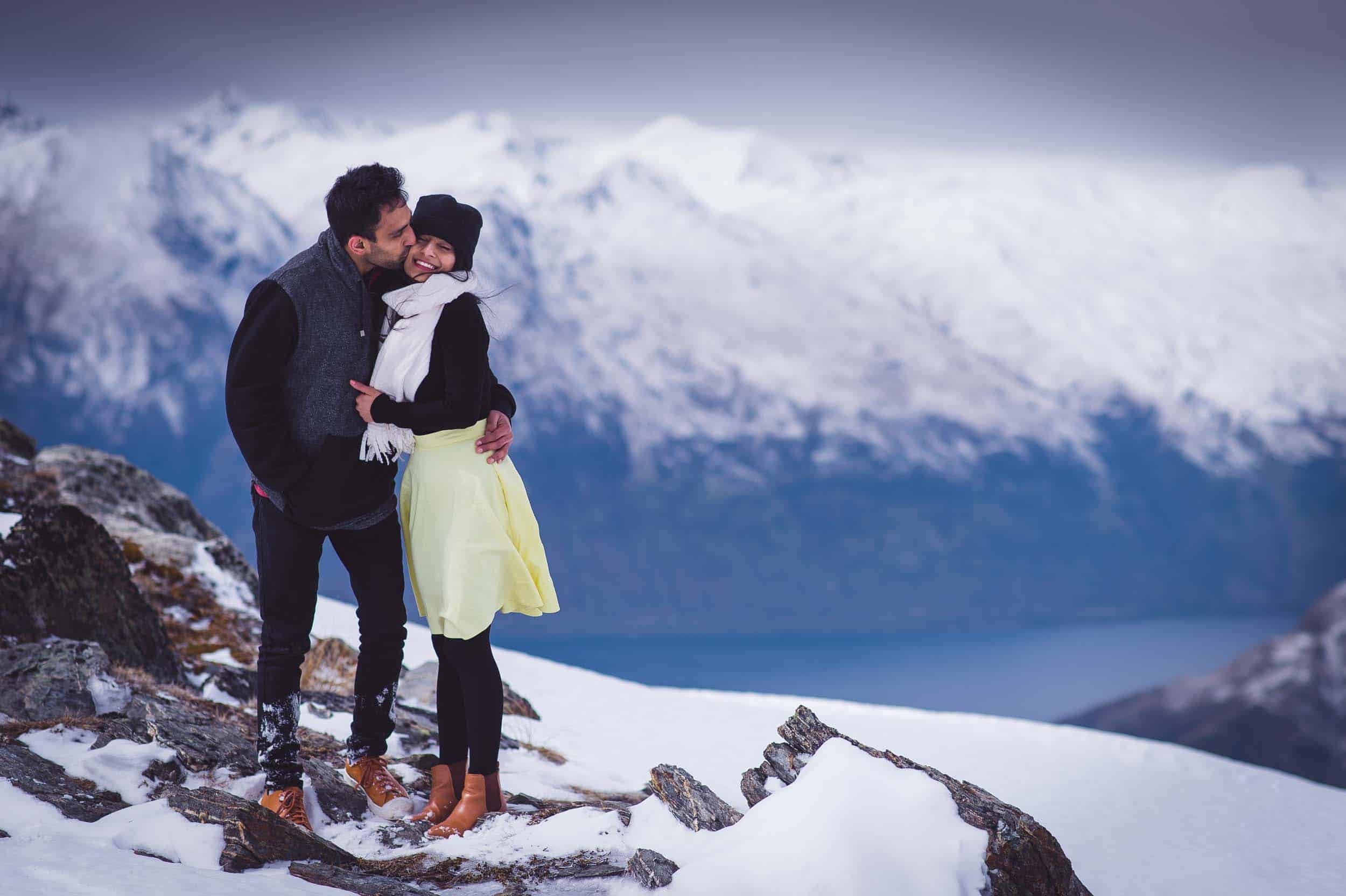 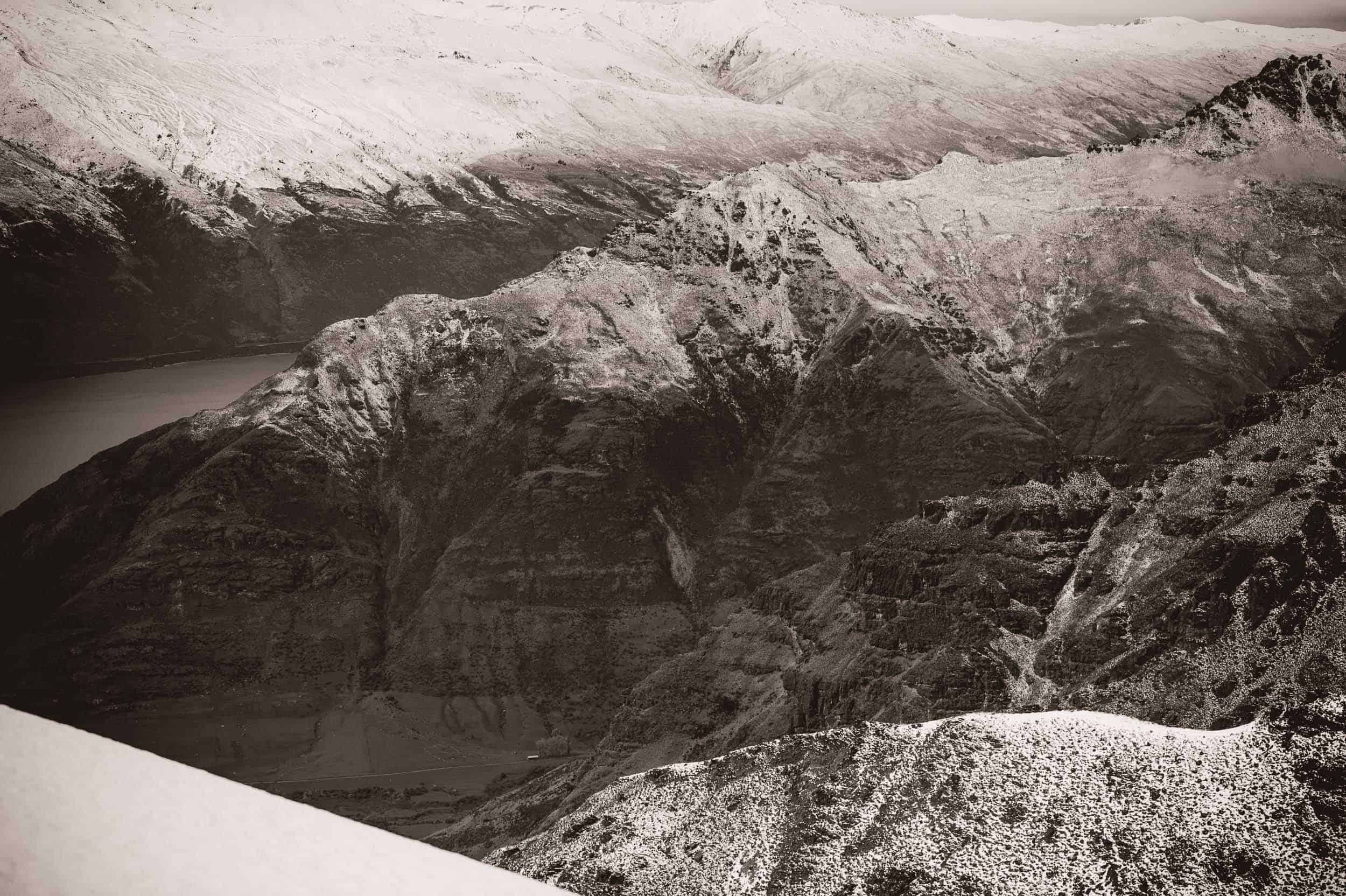 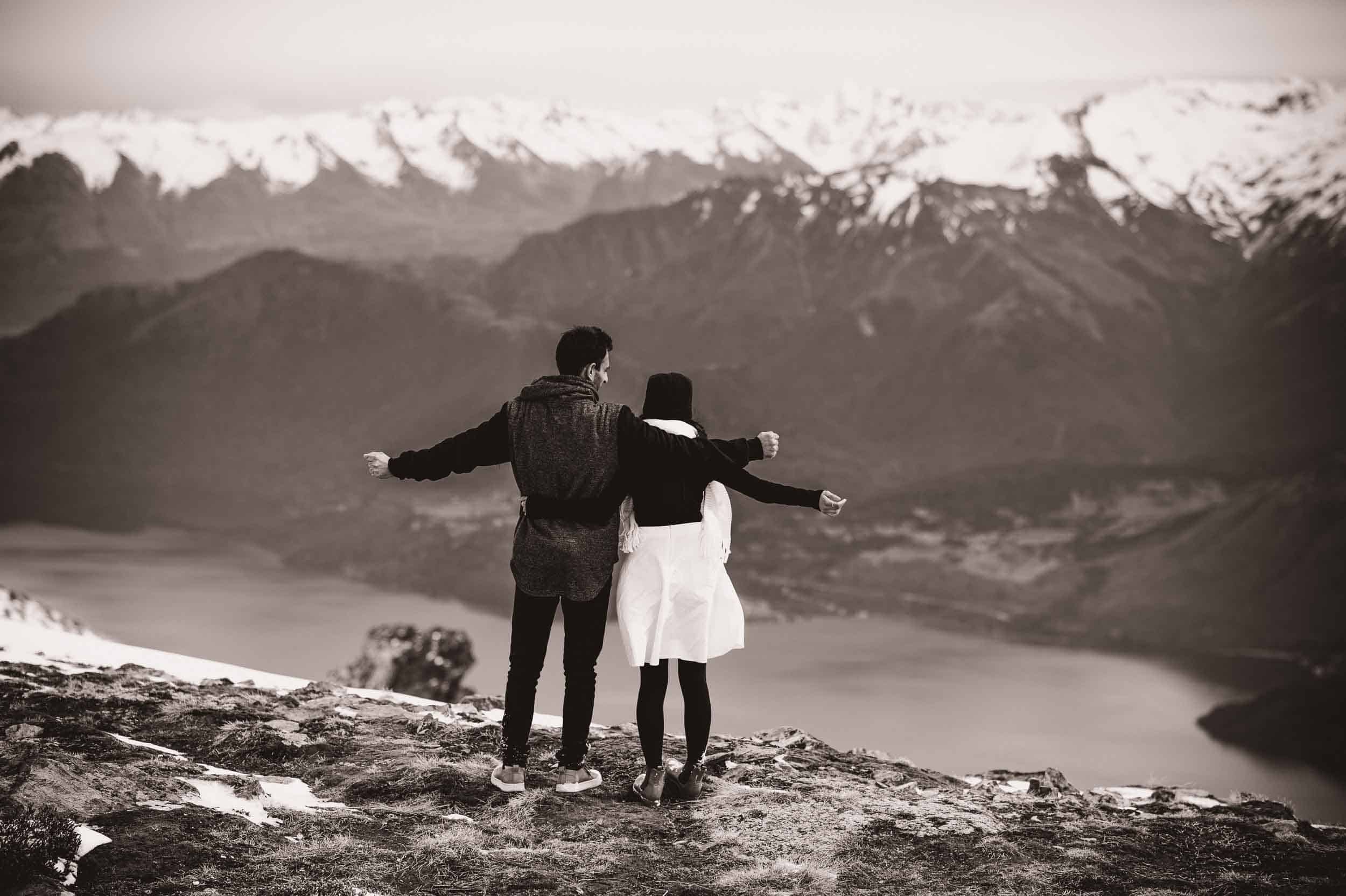 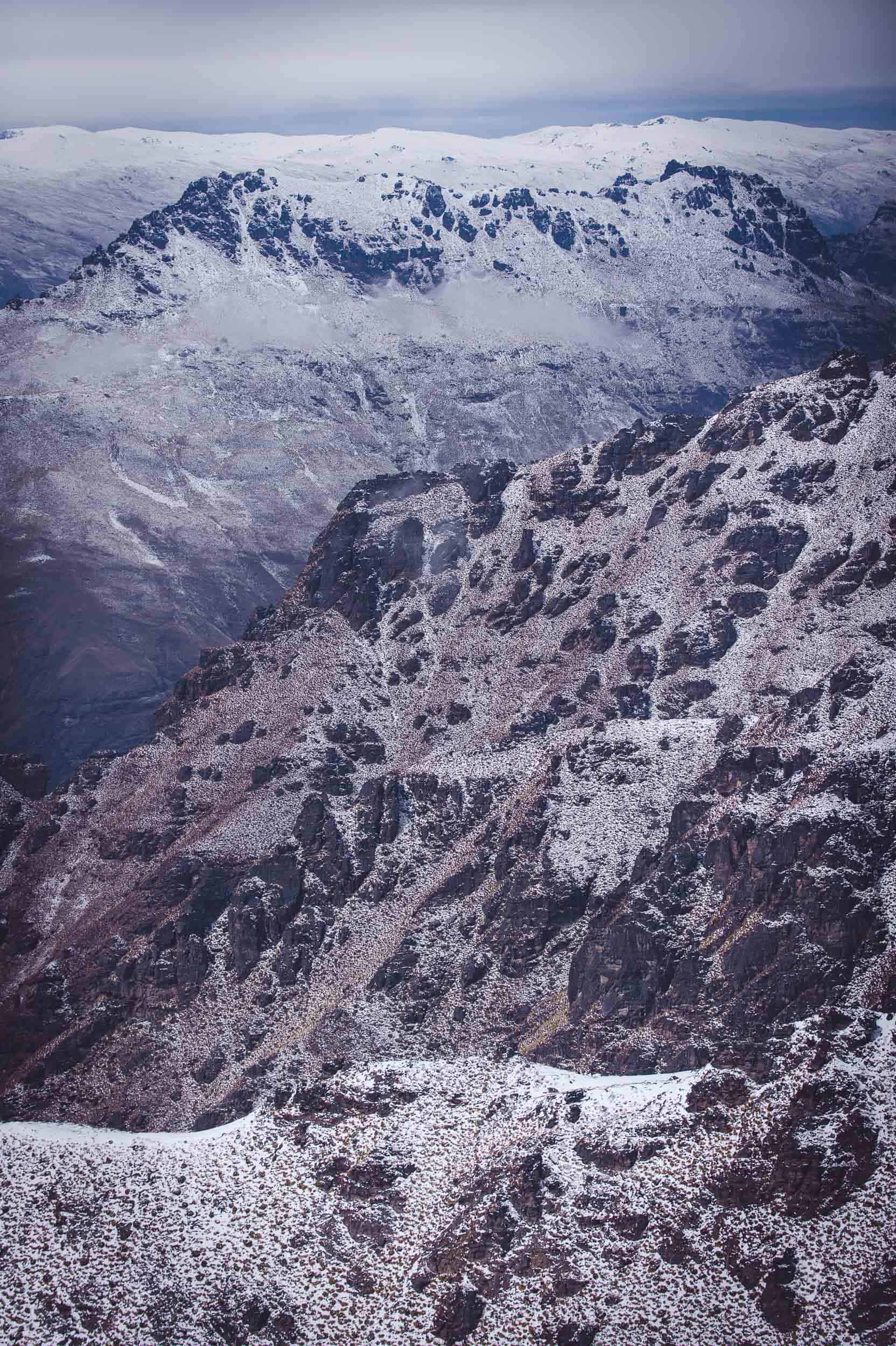 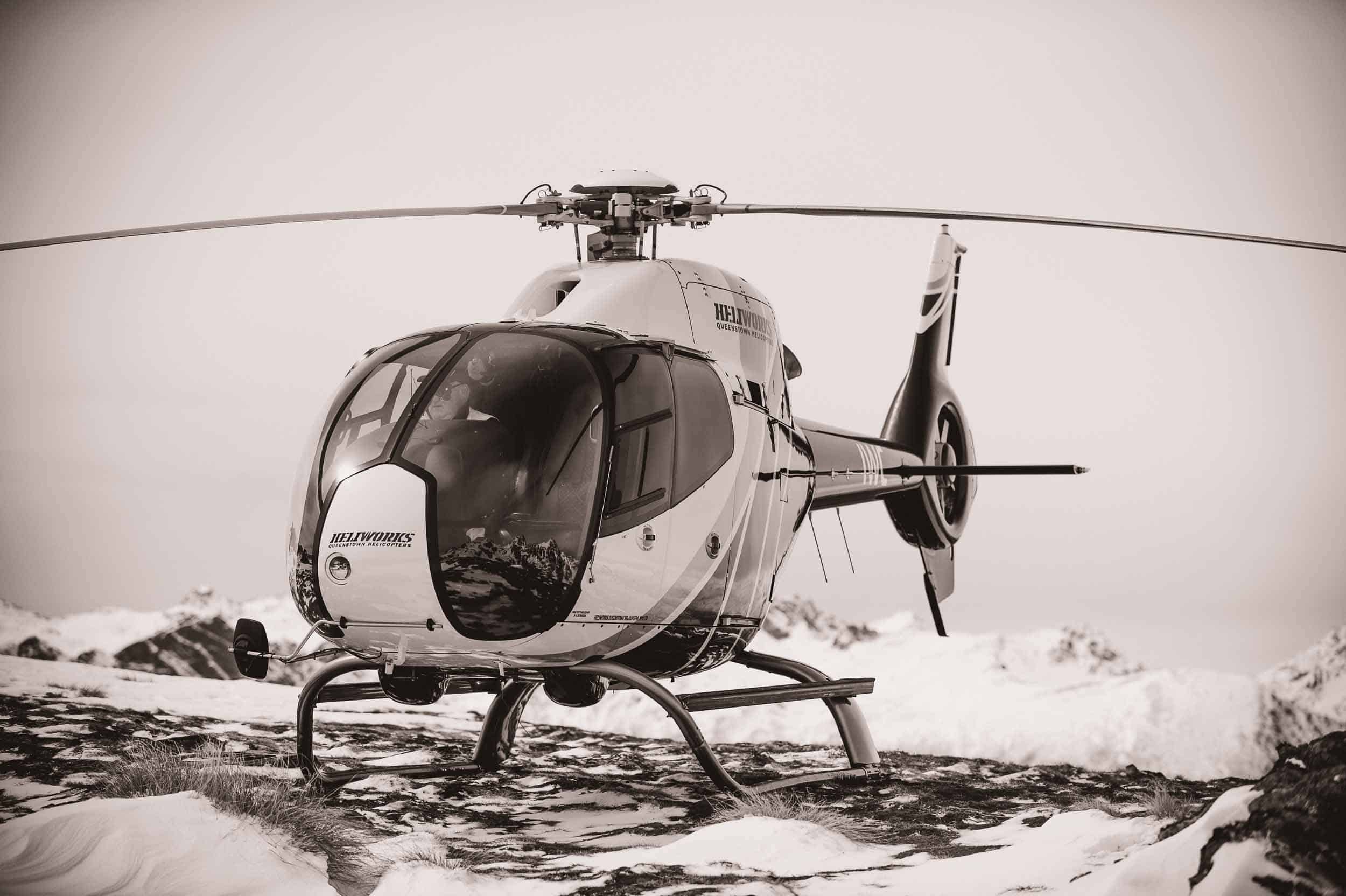 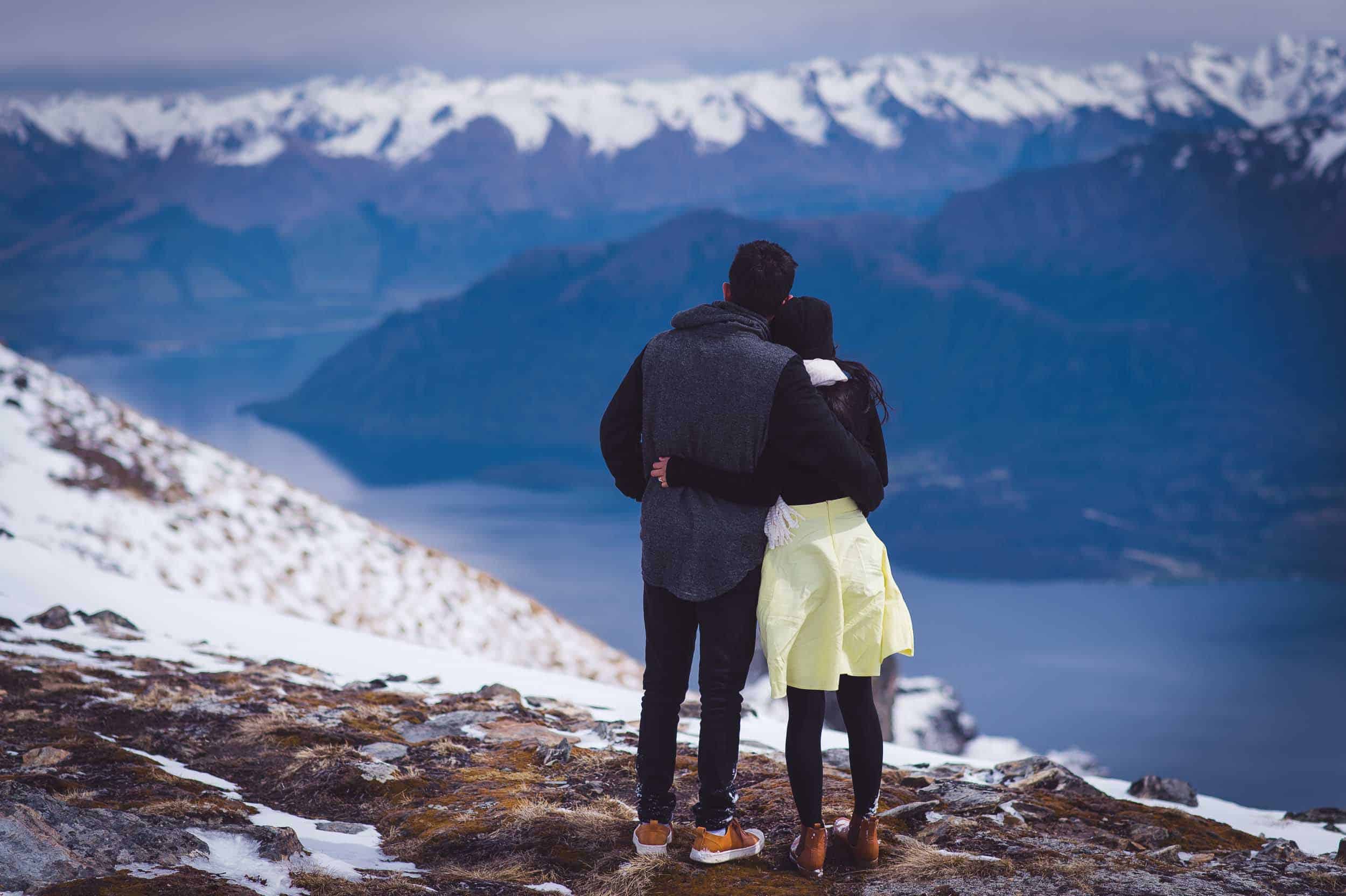 Thanks to Heliworks Queenstown for getting us to the top in style for Harshal & Rajvi’s Surprise Cecil Peak Heli Proposal!