On Saturday the 25th of November, local legends and heroes of the Queenstown mountain bike community Fraser & Indri tied the knot at their Queenstown Hill Station wedding, surrounded by a close bunch of family, mates and riding buddies. 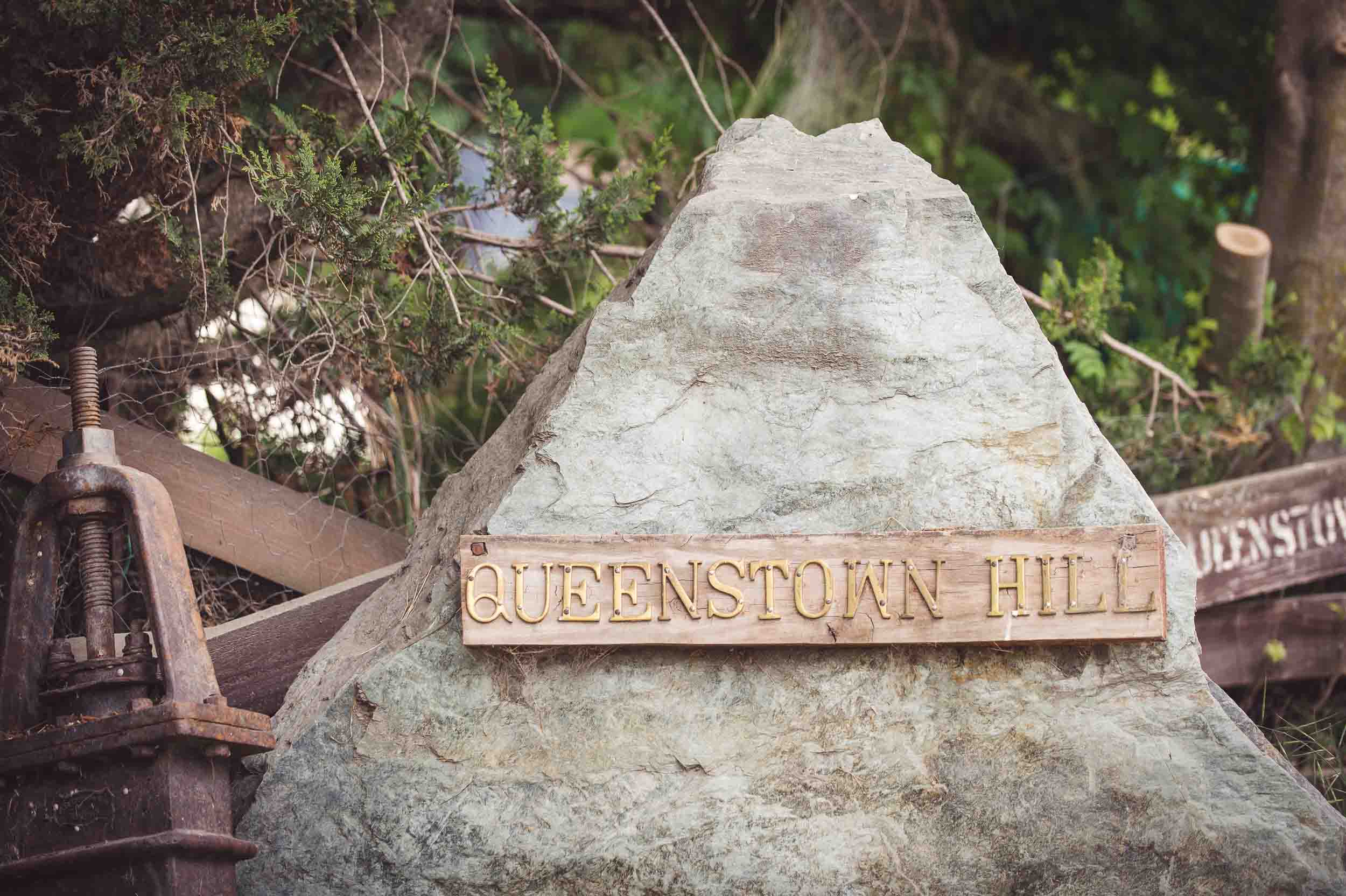 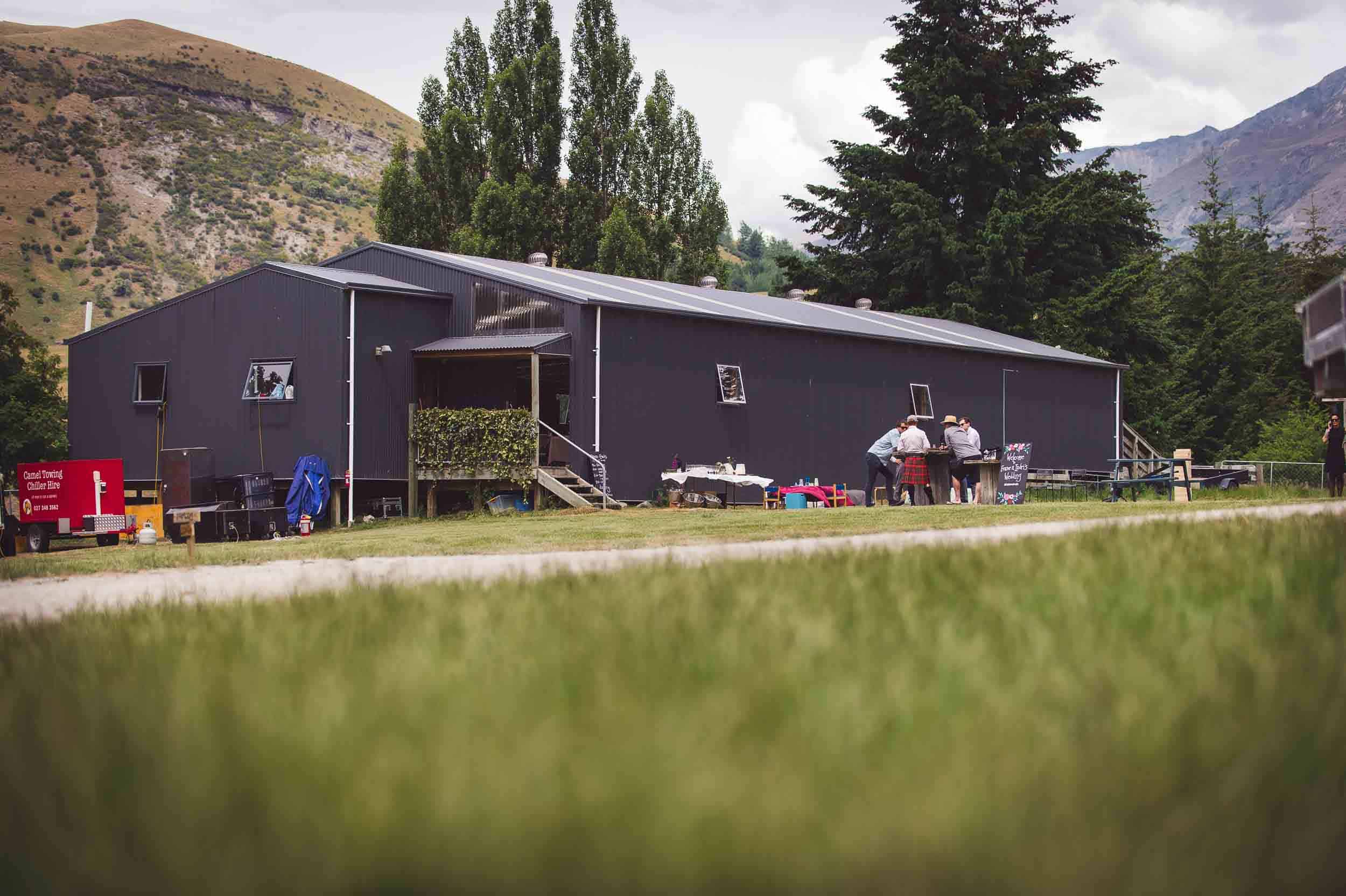 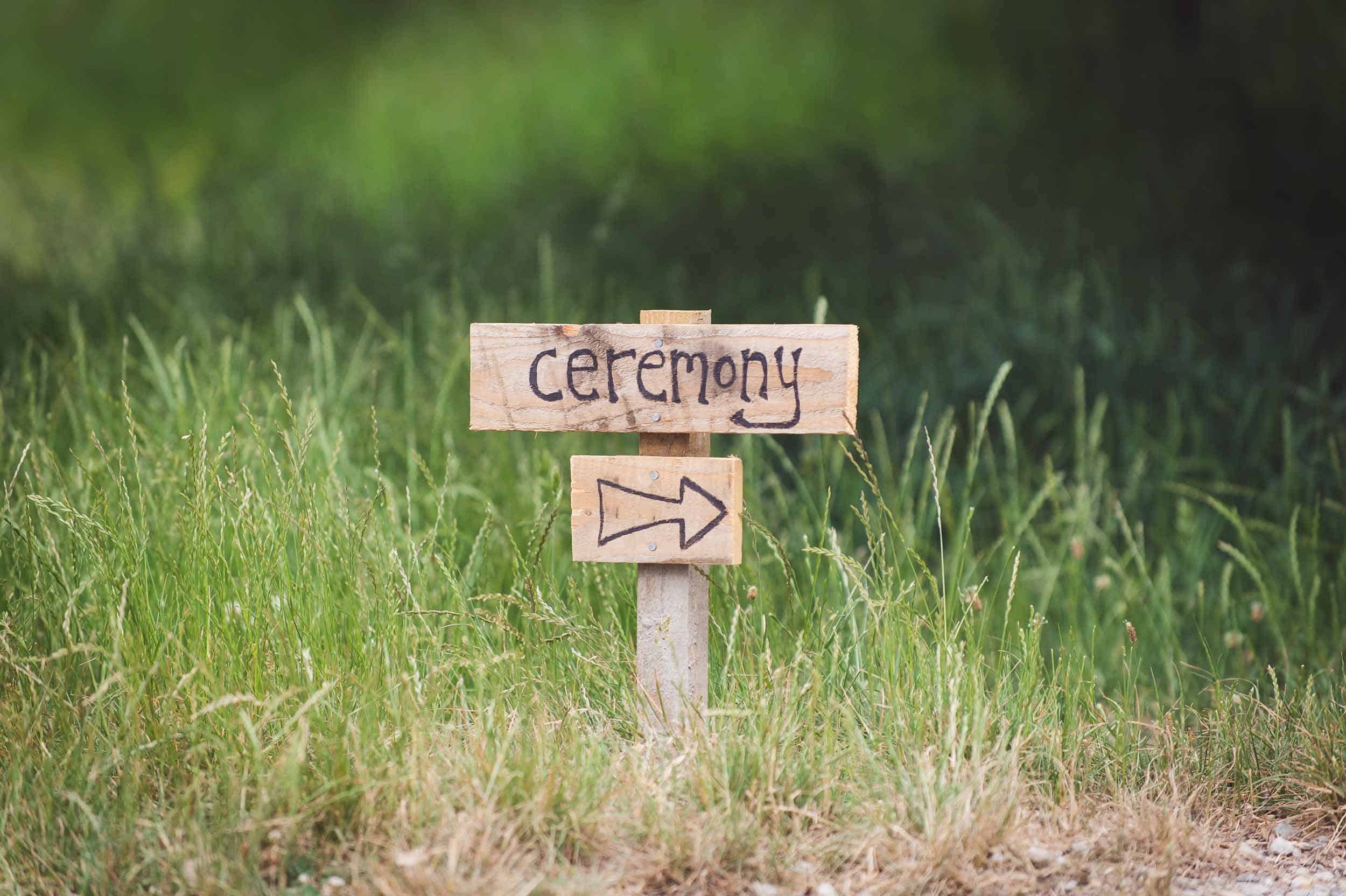 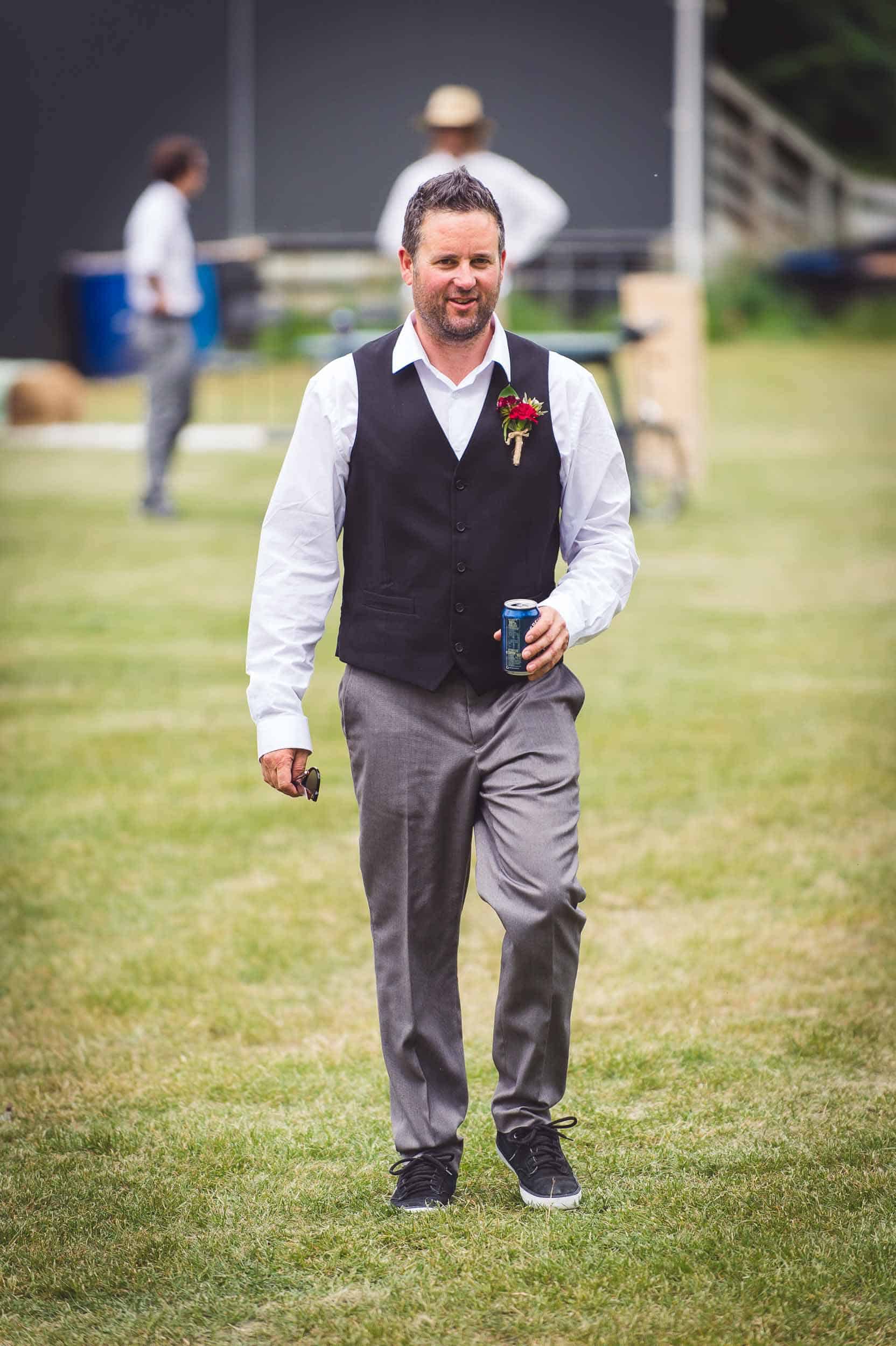 (I will always owe Fraser & Indri more than one for putting me up in their Whistler digs one Crankworks many moons ago when I was shooting mountain biking and travelling on the bones of my arse to the world’s most expensive destinations.  So it was a true pleasure to be able to return the favour somewhat by shooting their wedding).

The whole wedding day was kept as simple as possible.  The Queenstown Hill Station wedding Ceremony was held on top of a small knoll on a plateau immediately above the Middleton’s Woolshed. 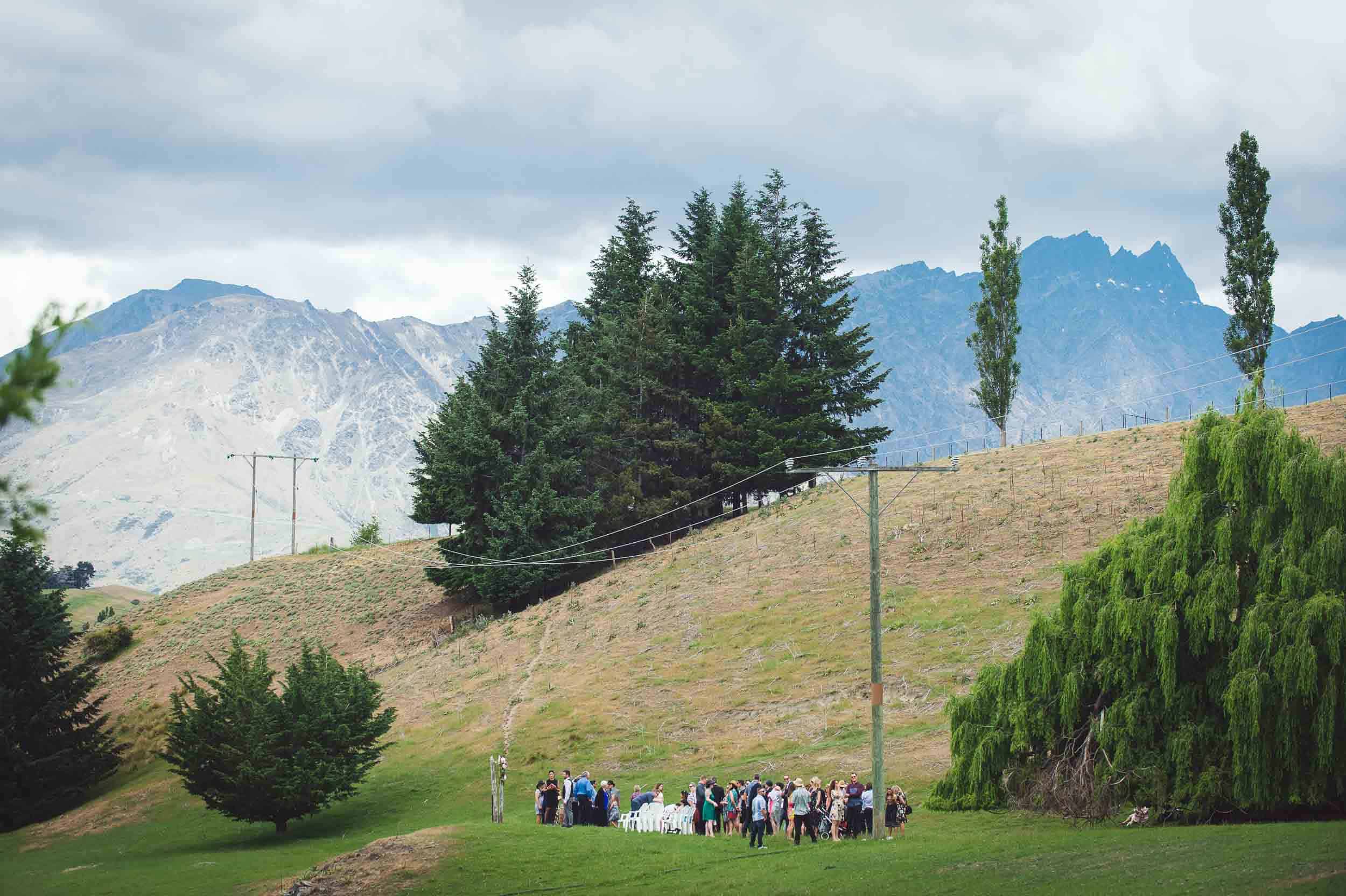 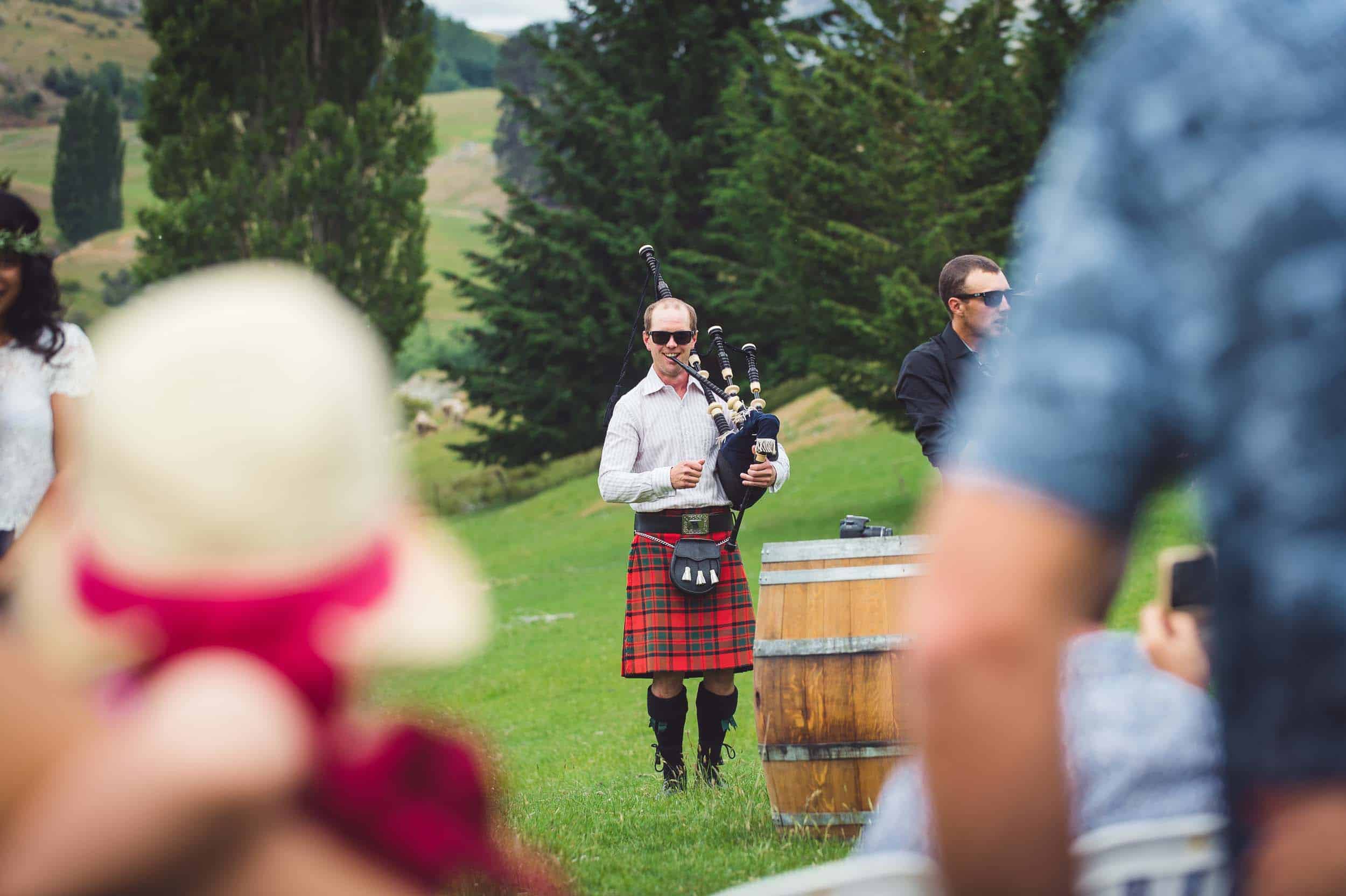 Because the path up to the ceremony site was a bit steep and off-camber (us mountain bikers love that shit!) the easiest route for those (a) in high heels, (b) already 5 pints in, or (c) all of the above was marked out by those tiny pink flags you see in the bike park to indicate the lips and landings of jumps.  Because mountain biking is a huge part of what Frase & Indri are all about little details like this really made the venue and the day that much more personal and special. 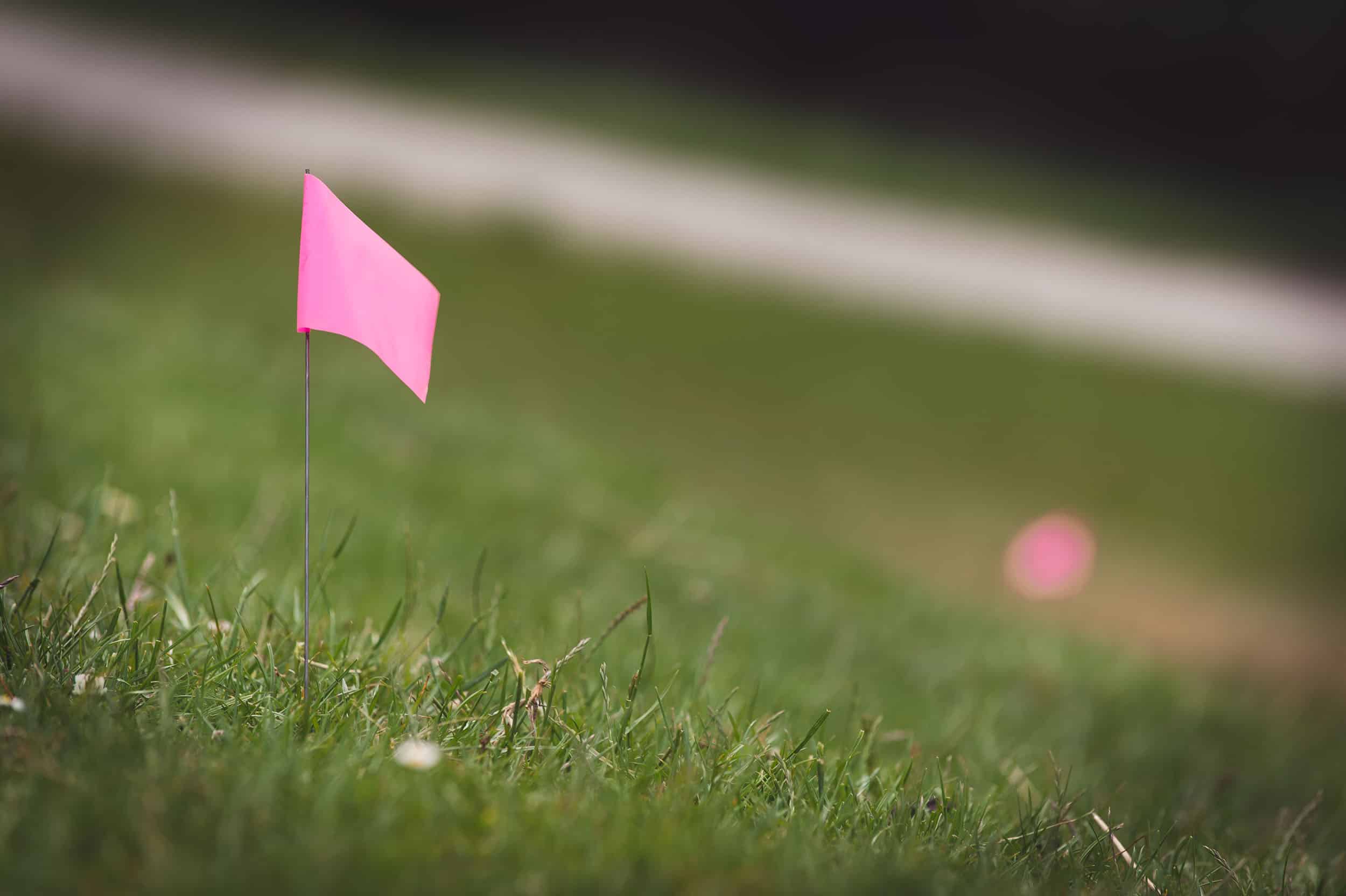 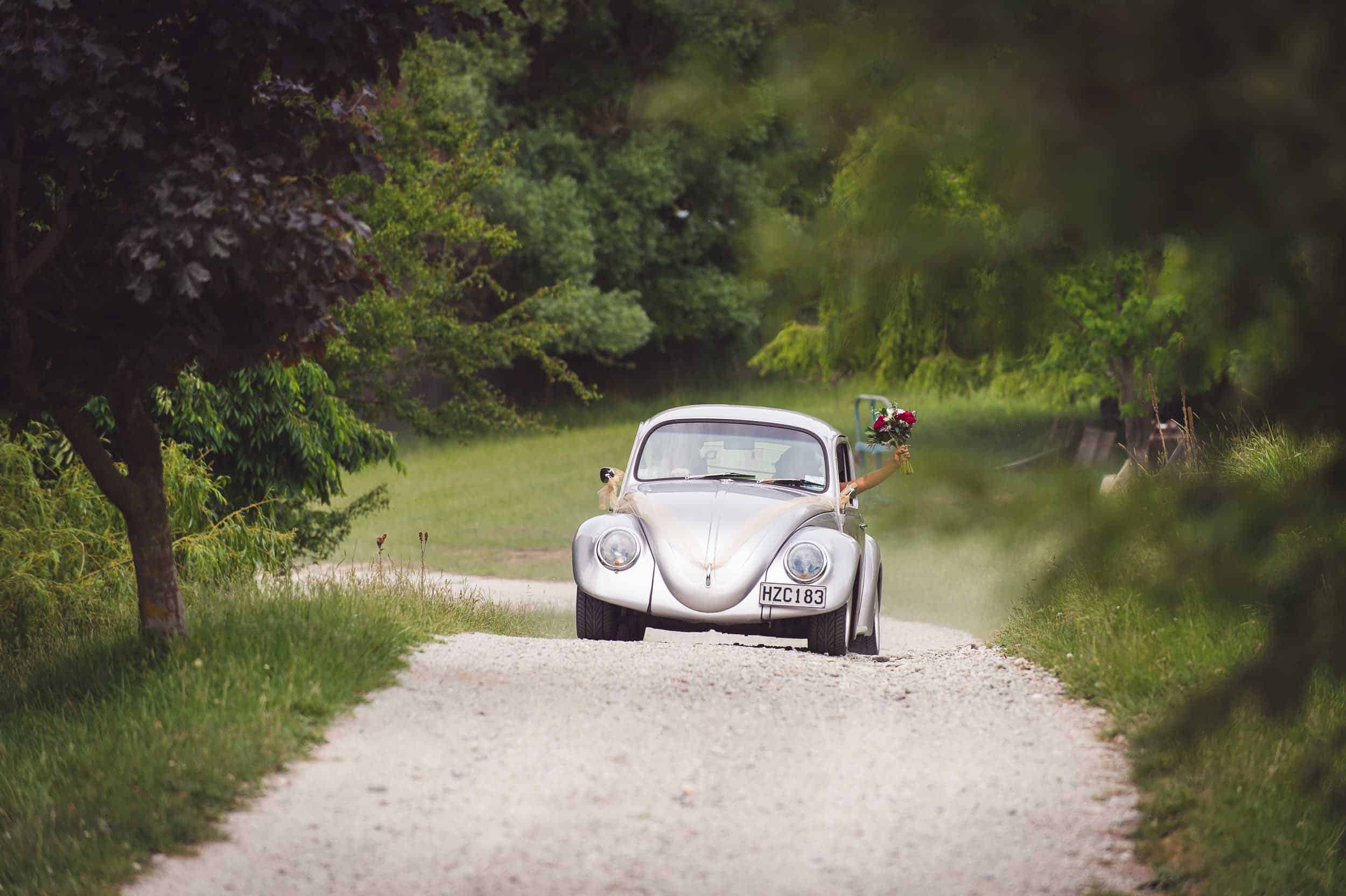 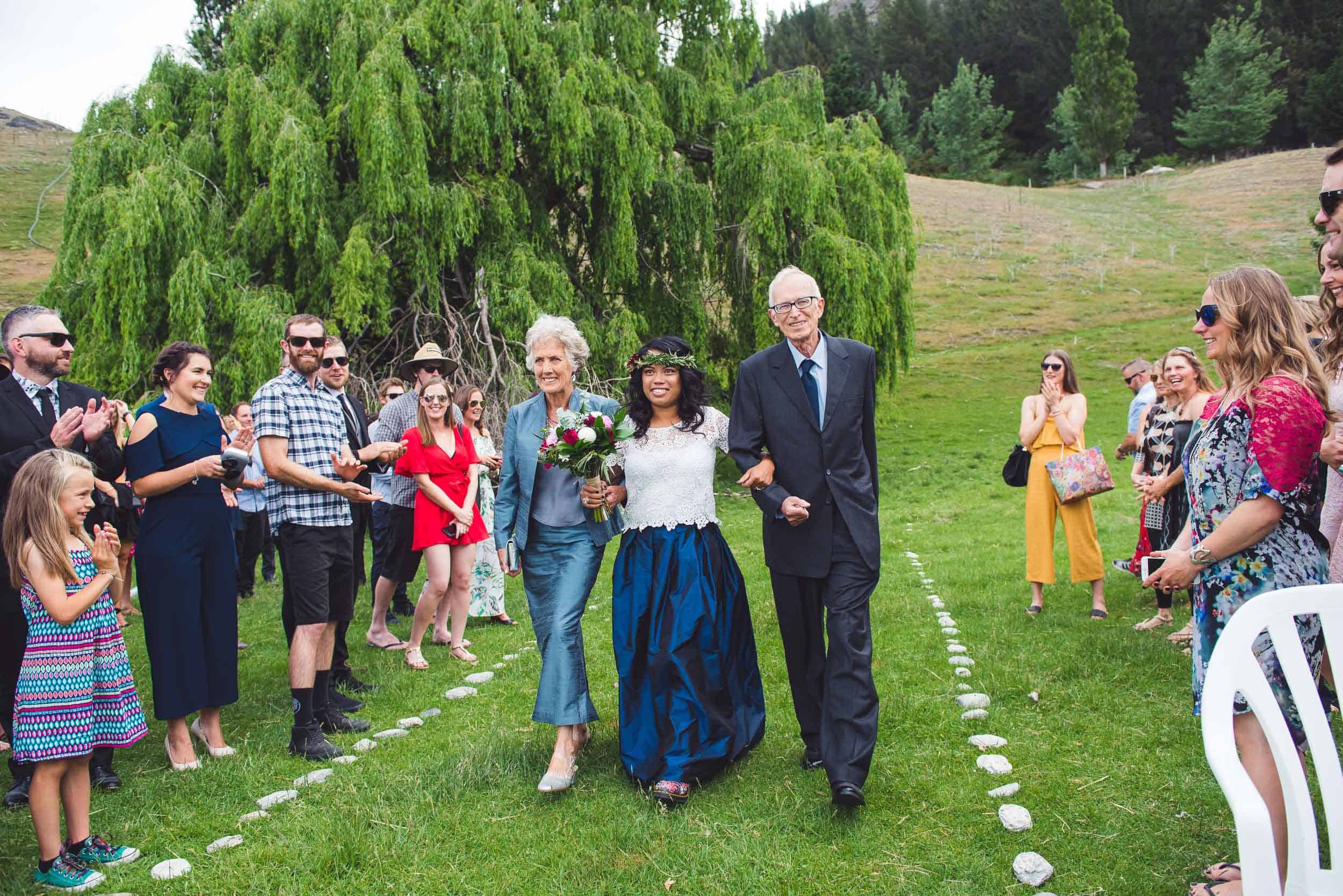 Indri rocked up in a silver VW Beetle (the original not the remake) and was escorted down an aisle by her parents.  (The aisle, conveniently, had been meticulously swept clear of sheep shit by the very same parents so they knew where they were going). 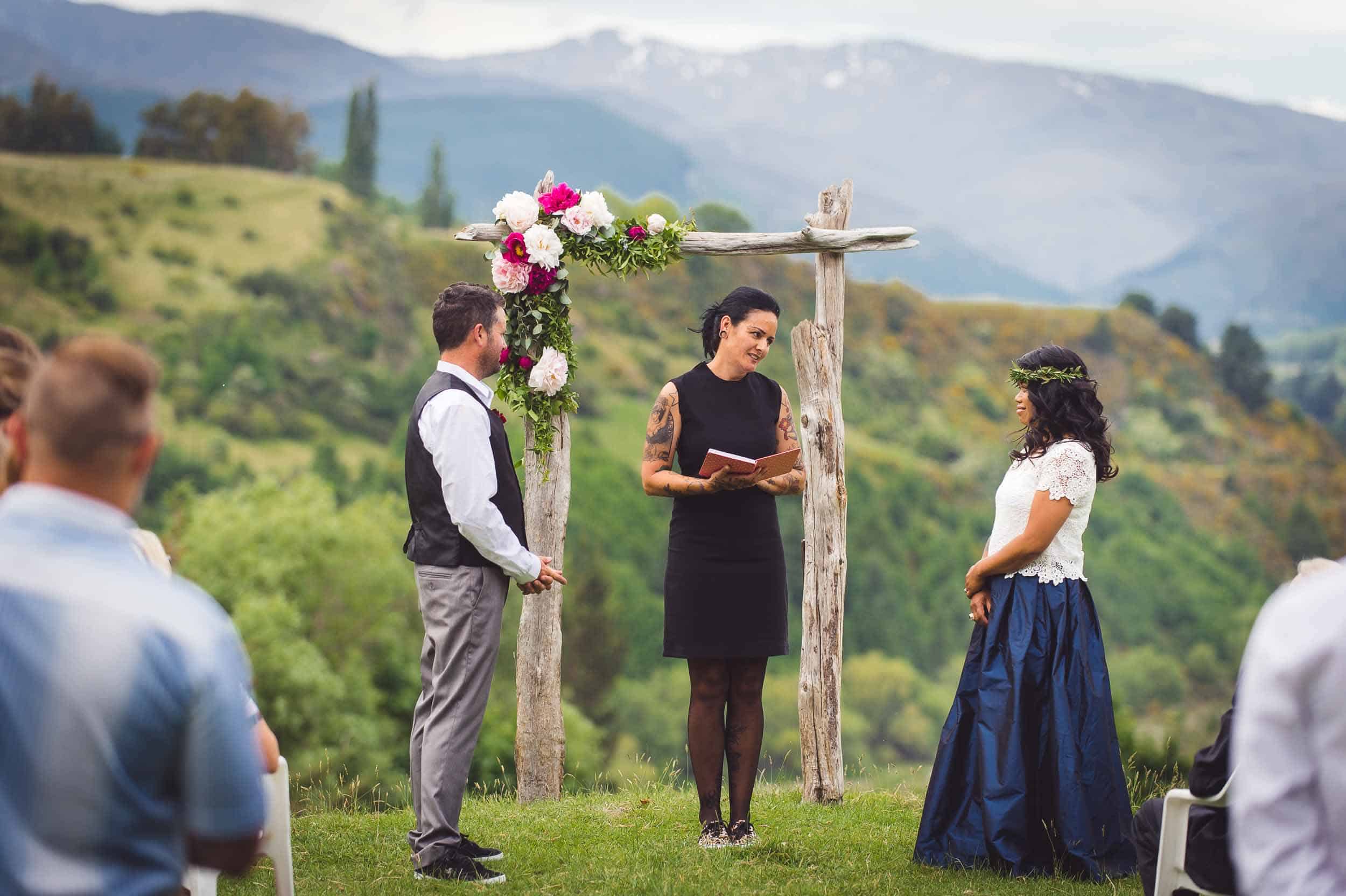 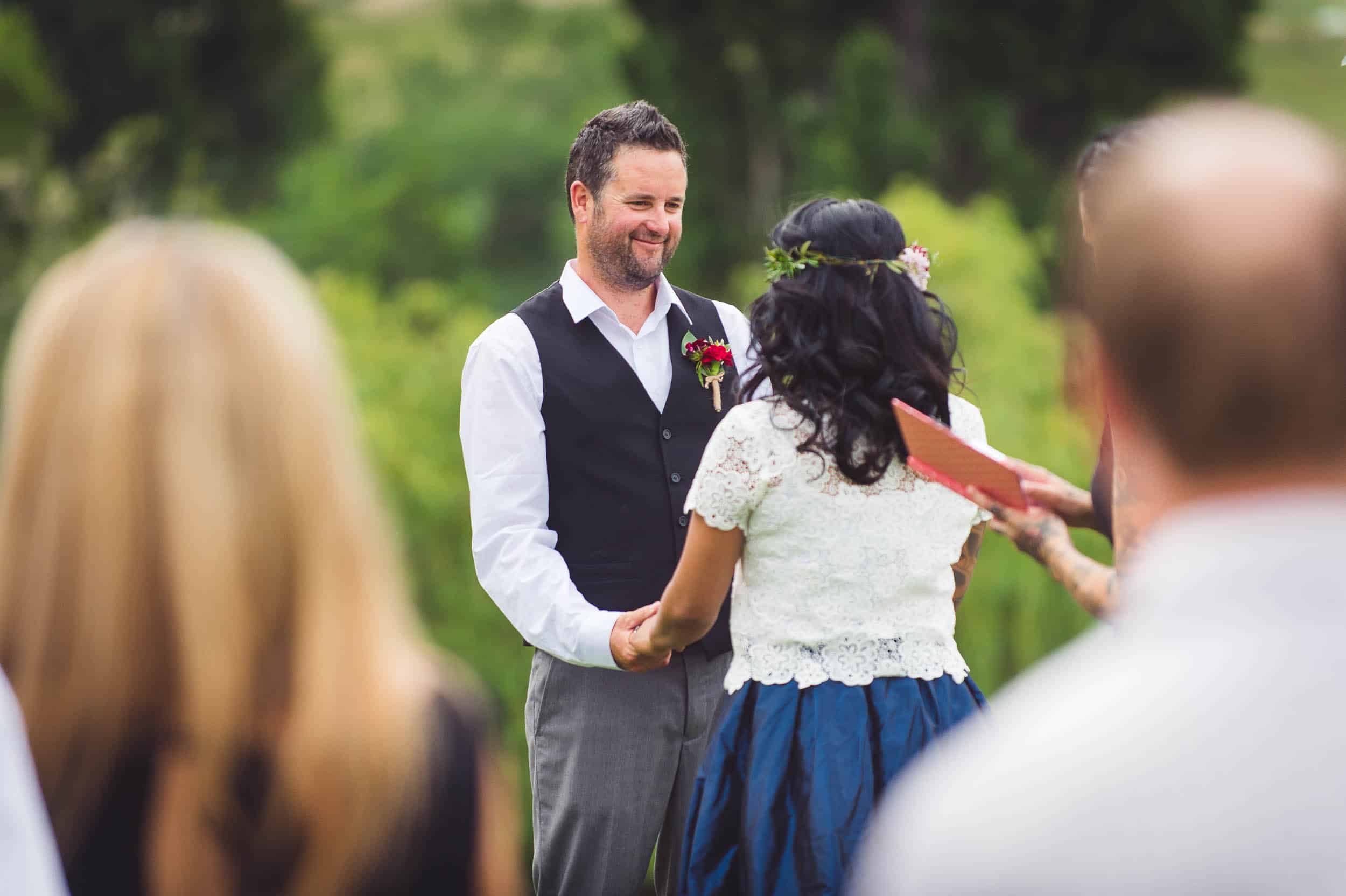 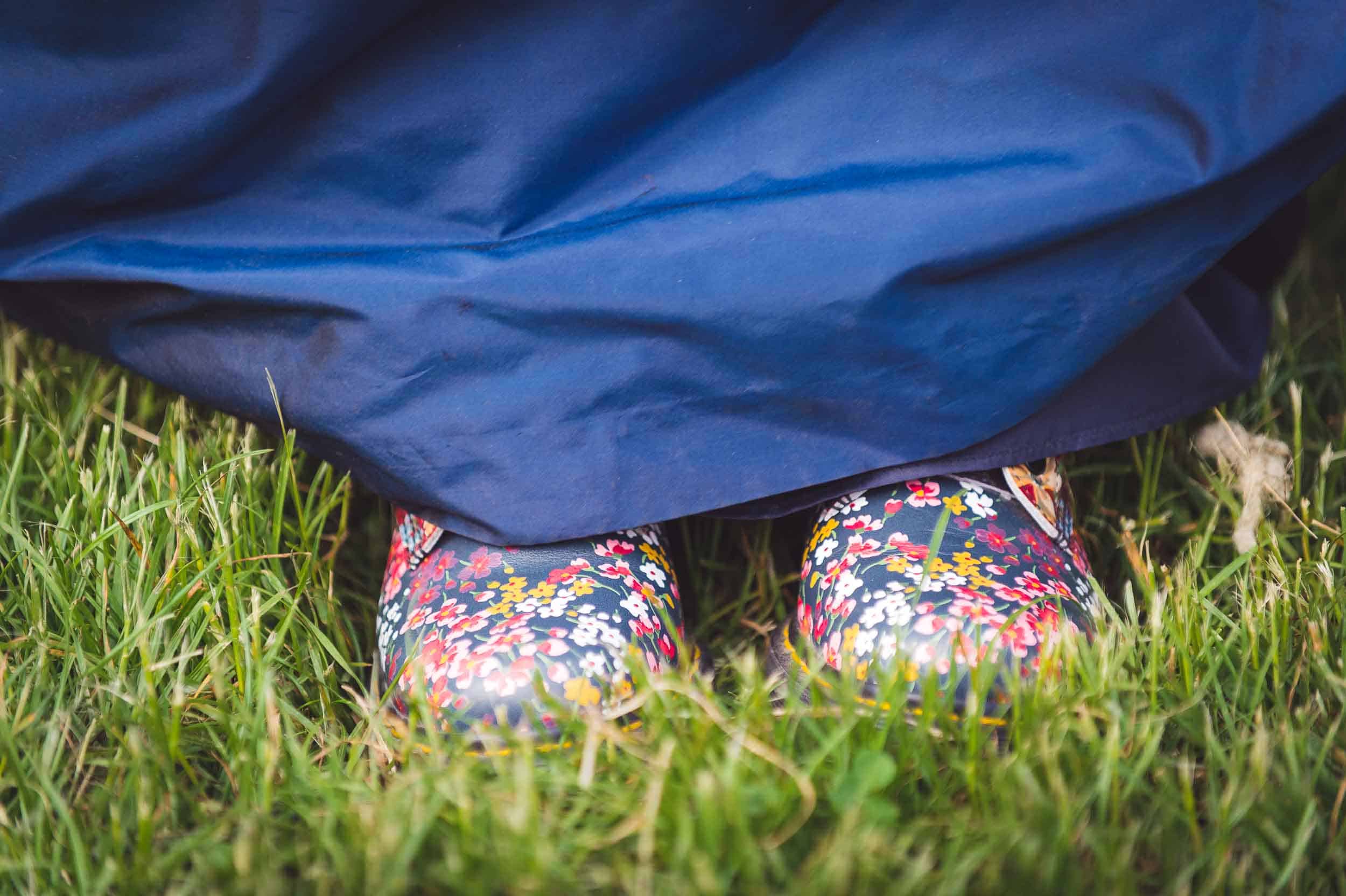 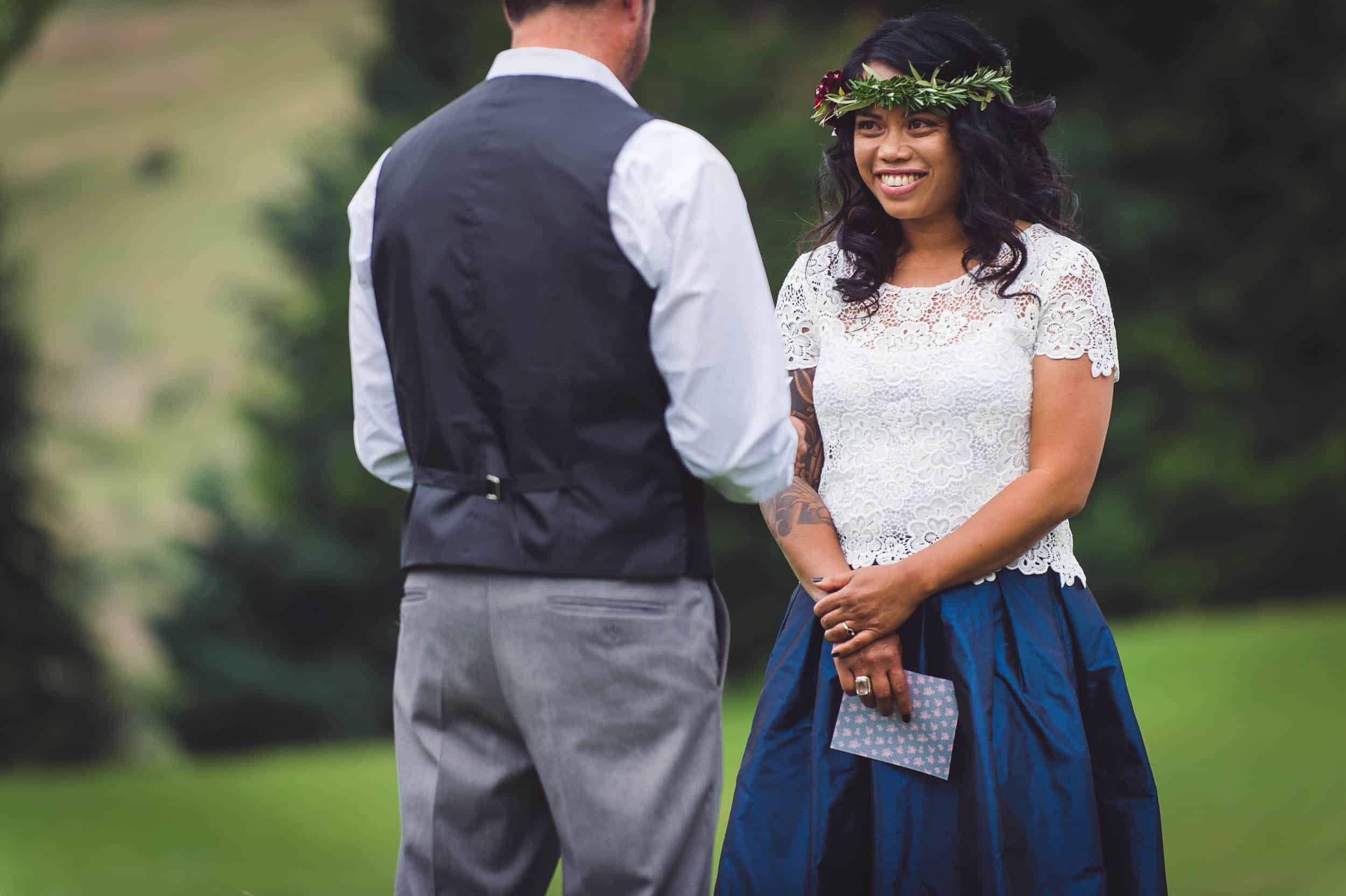 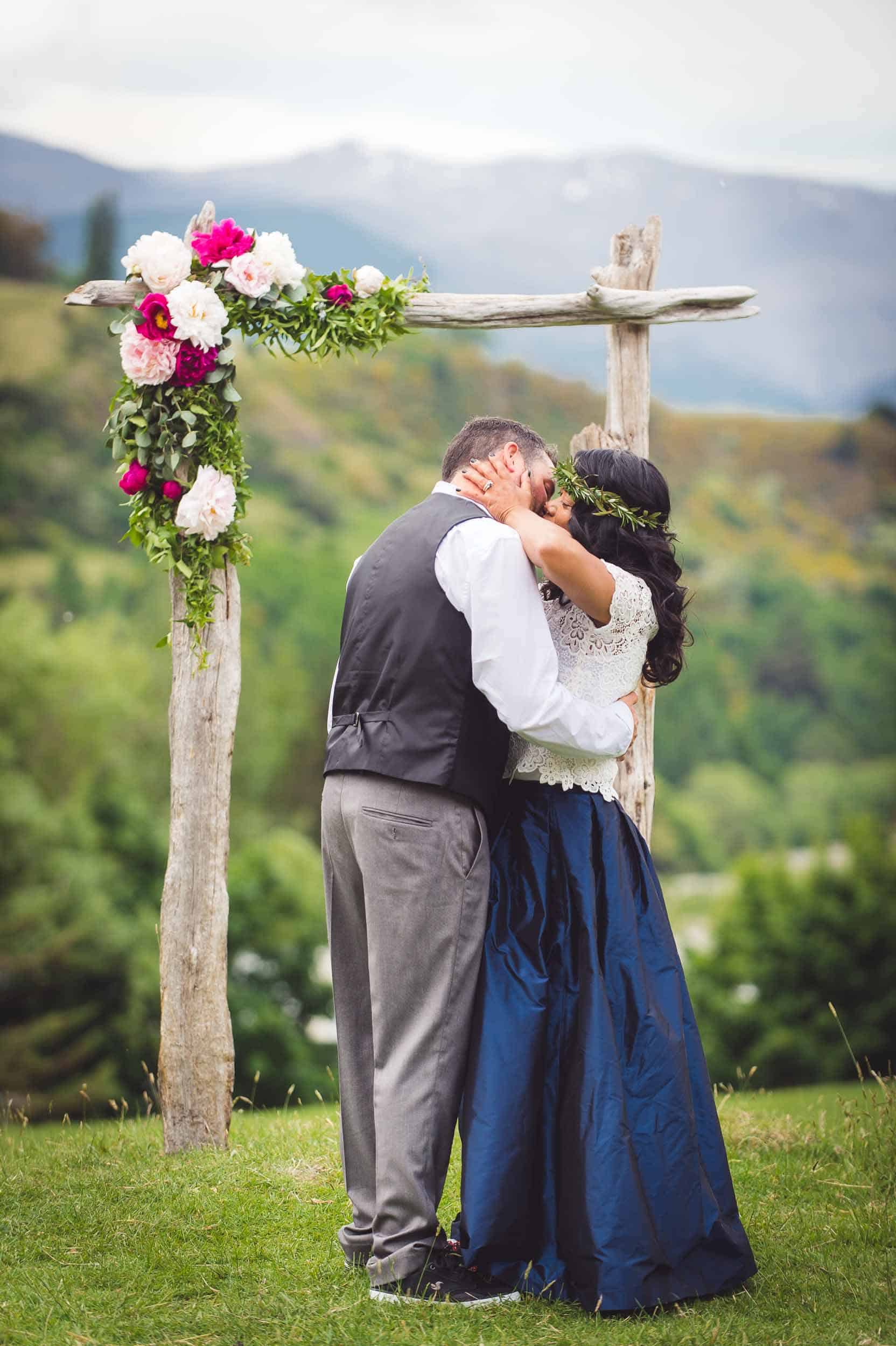 Fraser & Indri’s good mate Gina Matete was the celebrant and did an awesome job of the ceremony – which was funny, totally natural and awesome.  Gina knowing the bride and groom so well really made the whole ceremony that much more personal and relevant.  (FYI this is Gina’s last season as a Wedding Celebrant.  Apart from possibly the odd gig here and there she is moving on to other things). 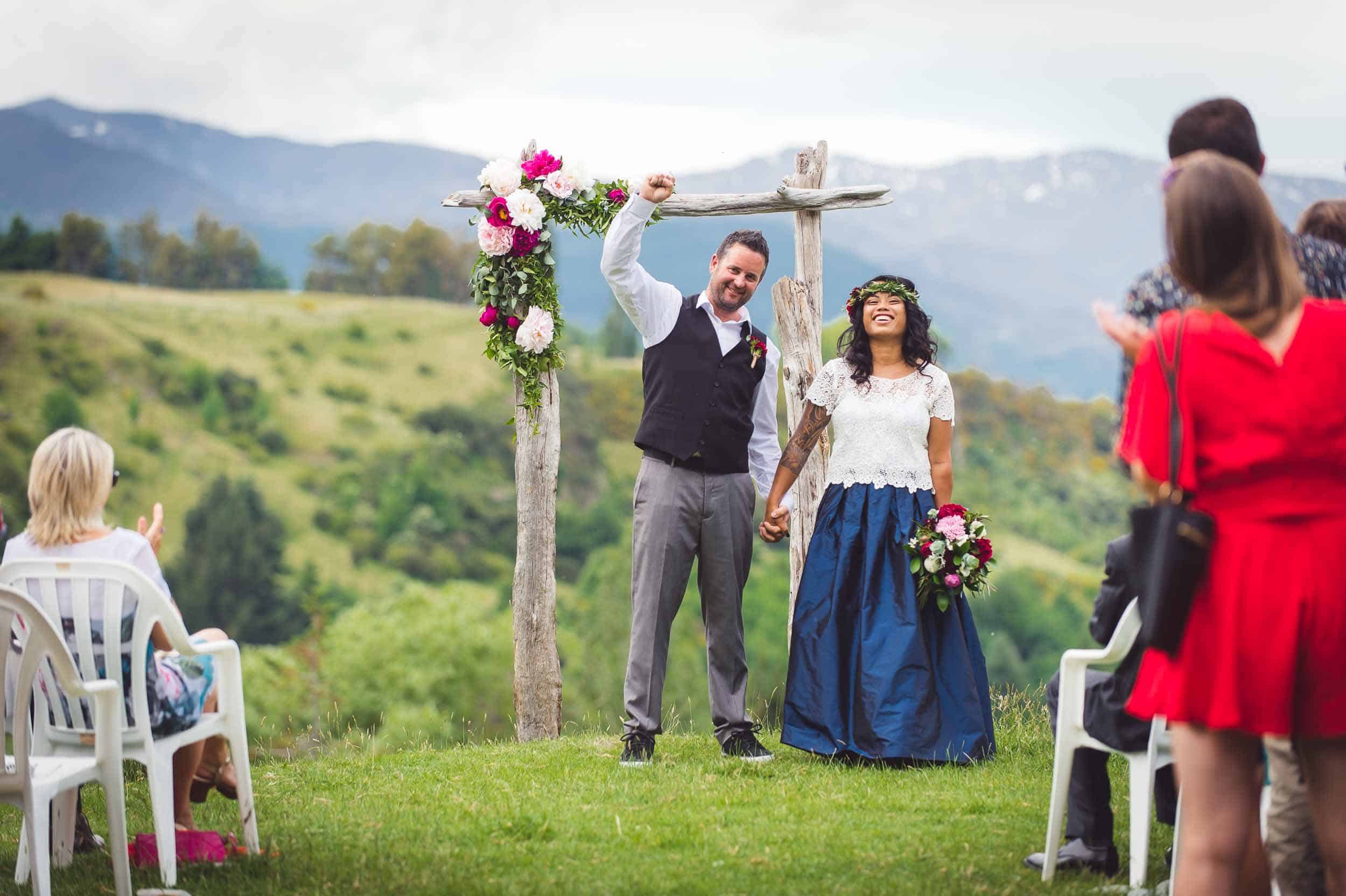 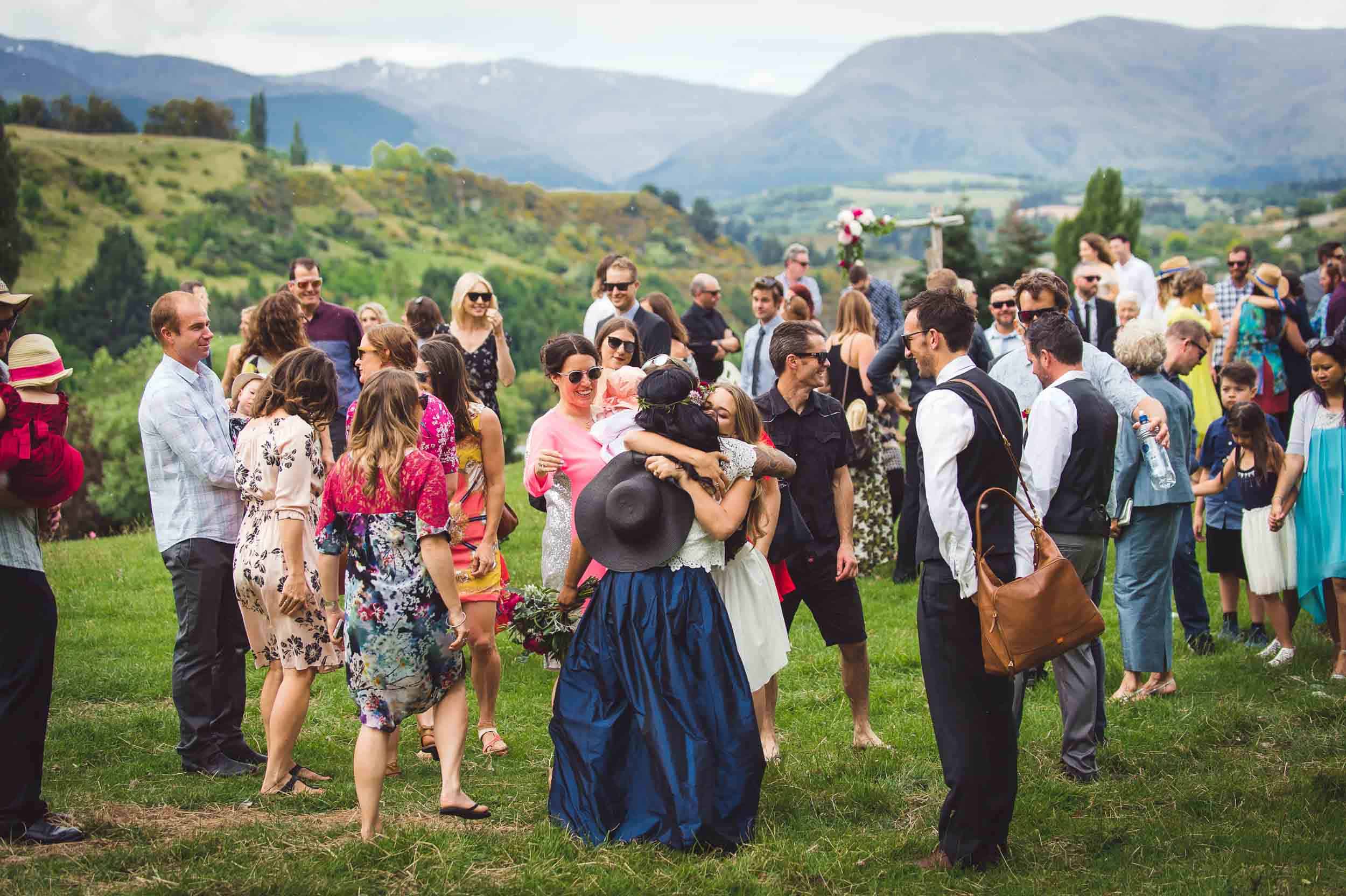 Anyway, to cut a long story short…one thing led to another and before we knew it Fraser & Indri had tied the knot (finally)! 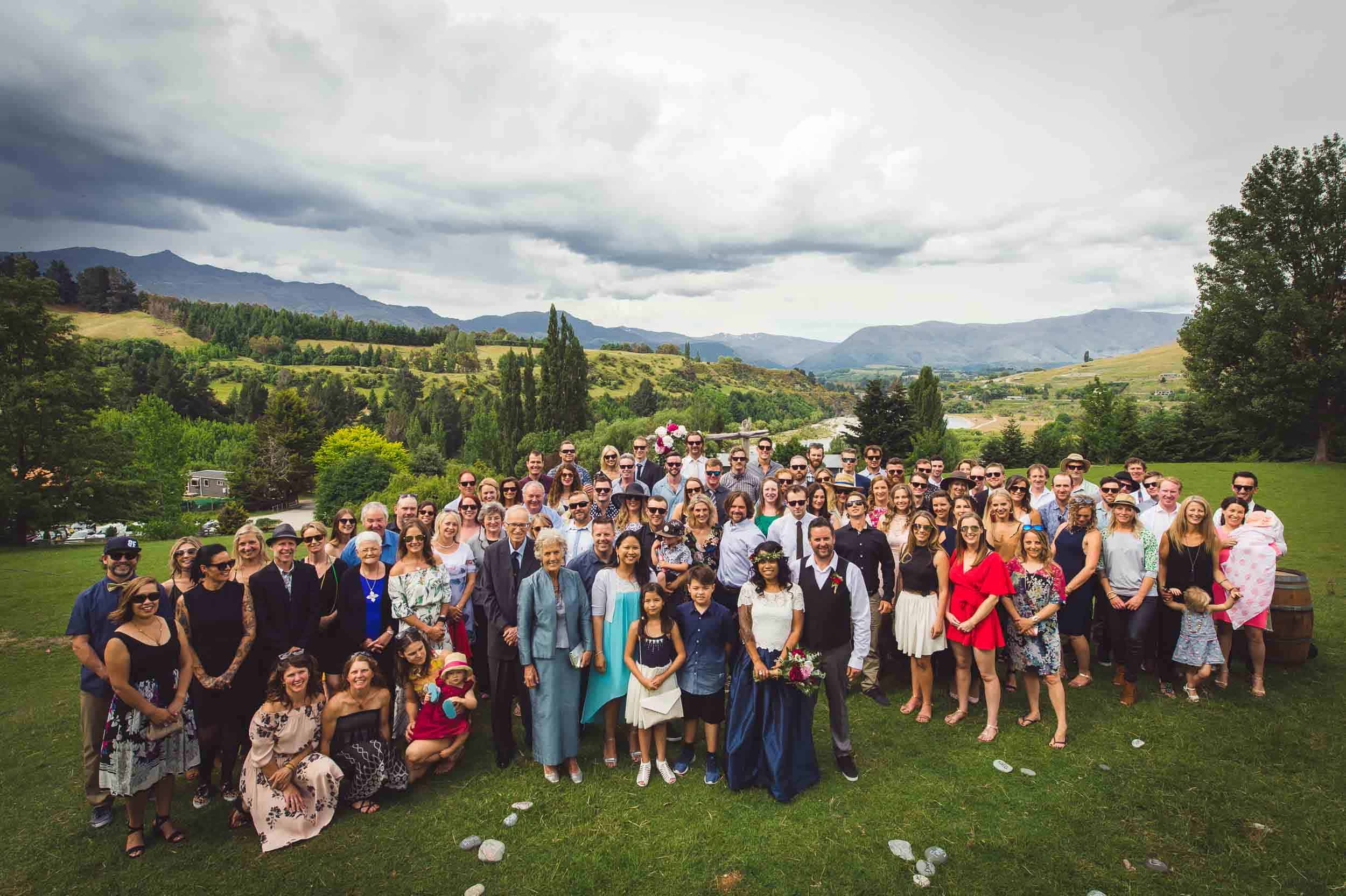 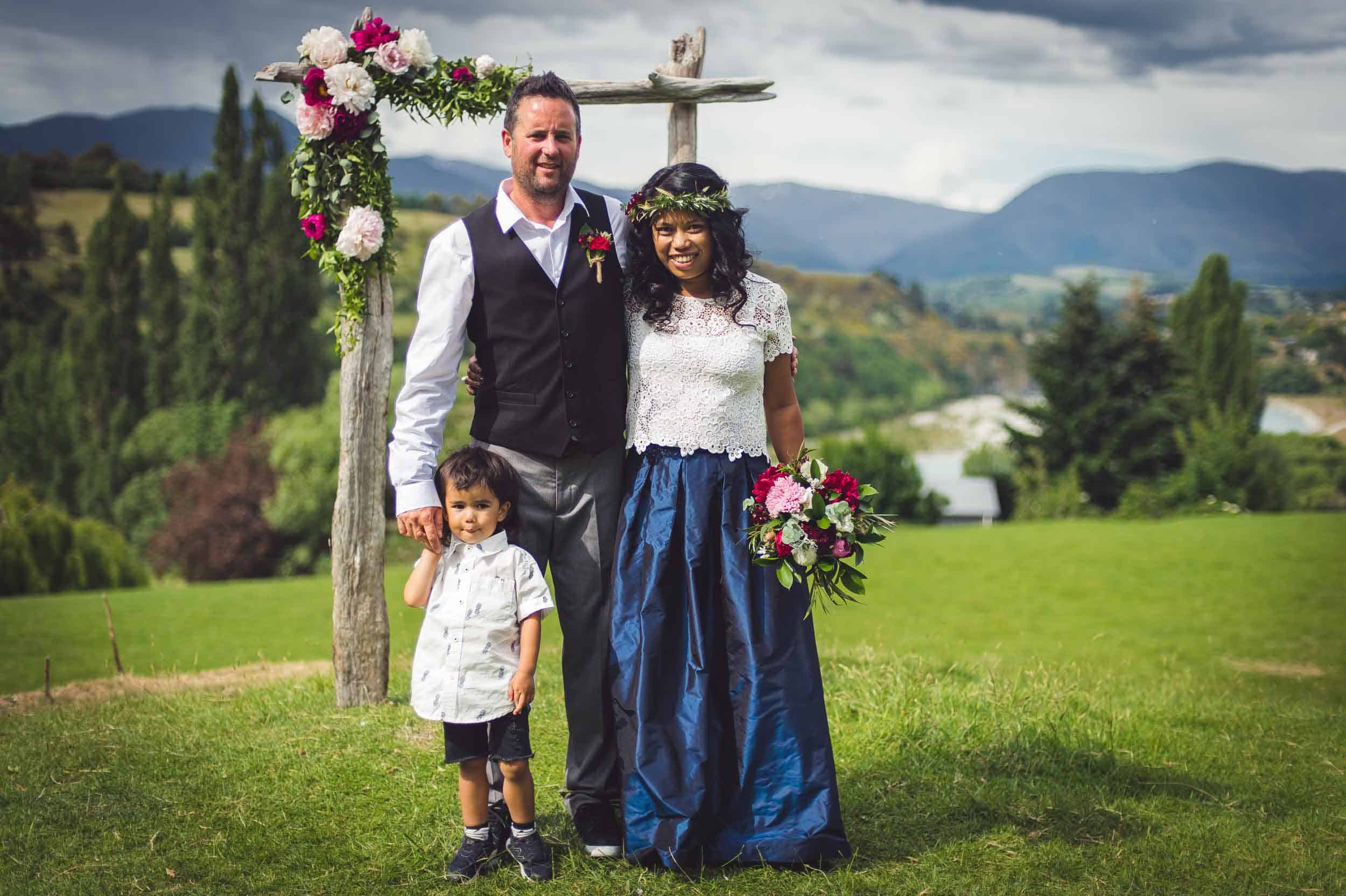 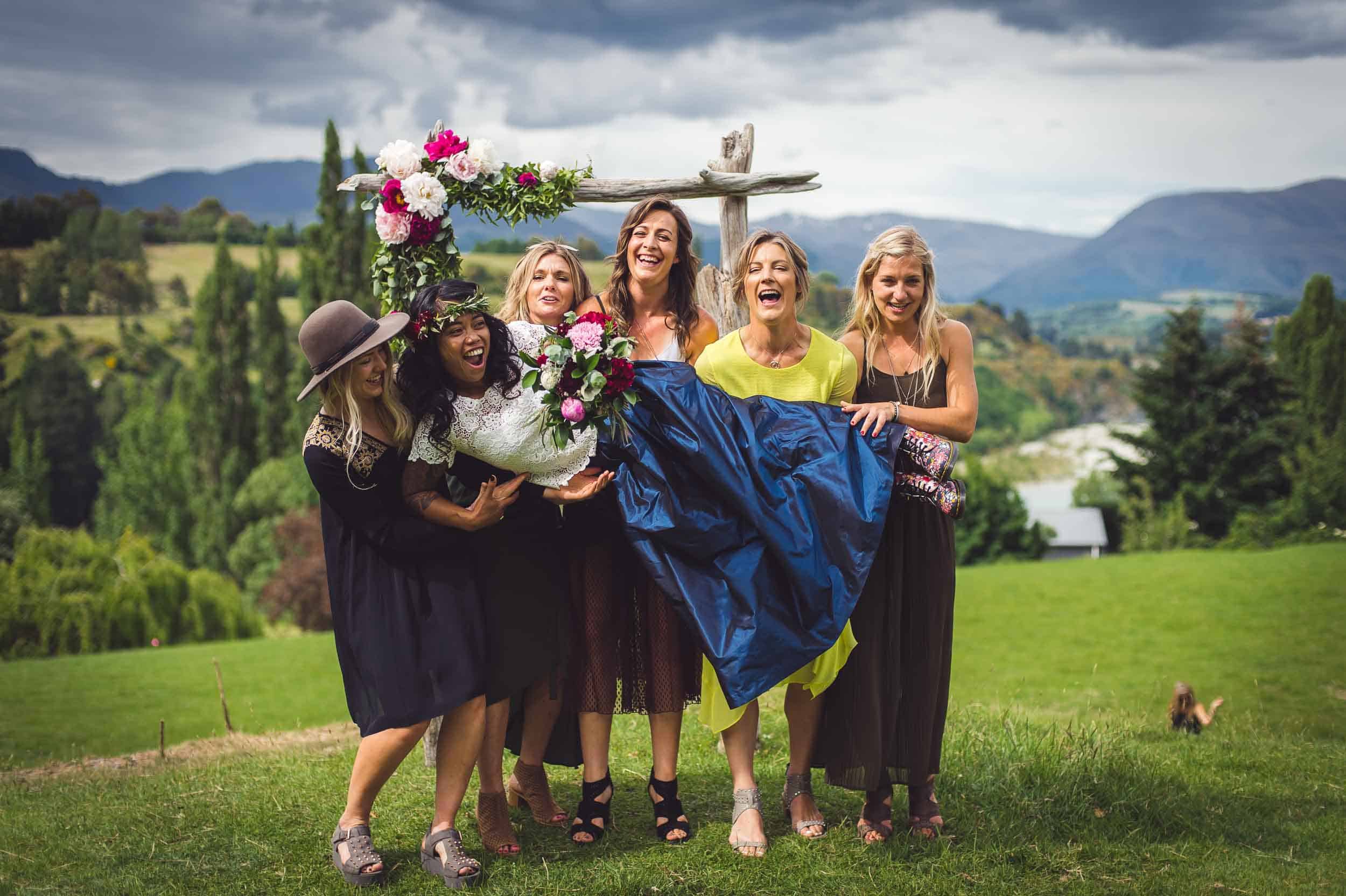 After that we whipped through the world’s fastest family & group photos and then Fraser, Indri and I hopped in their famous green double cab ute and whisked ourselves away to the nearby Shotover River for a few cheeky pix. 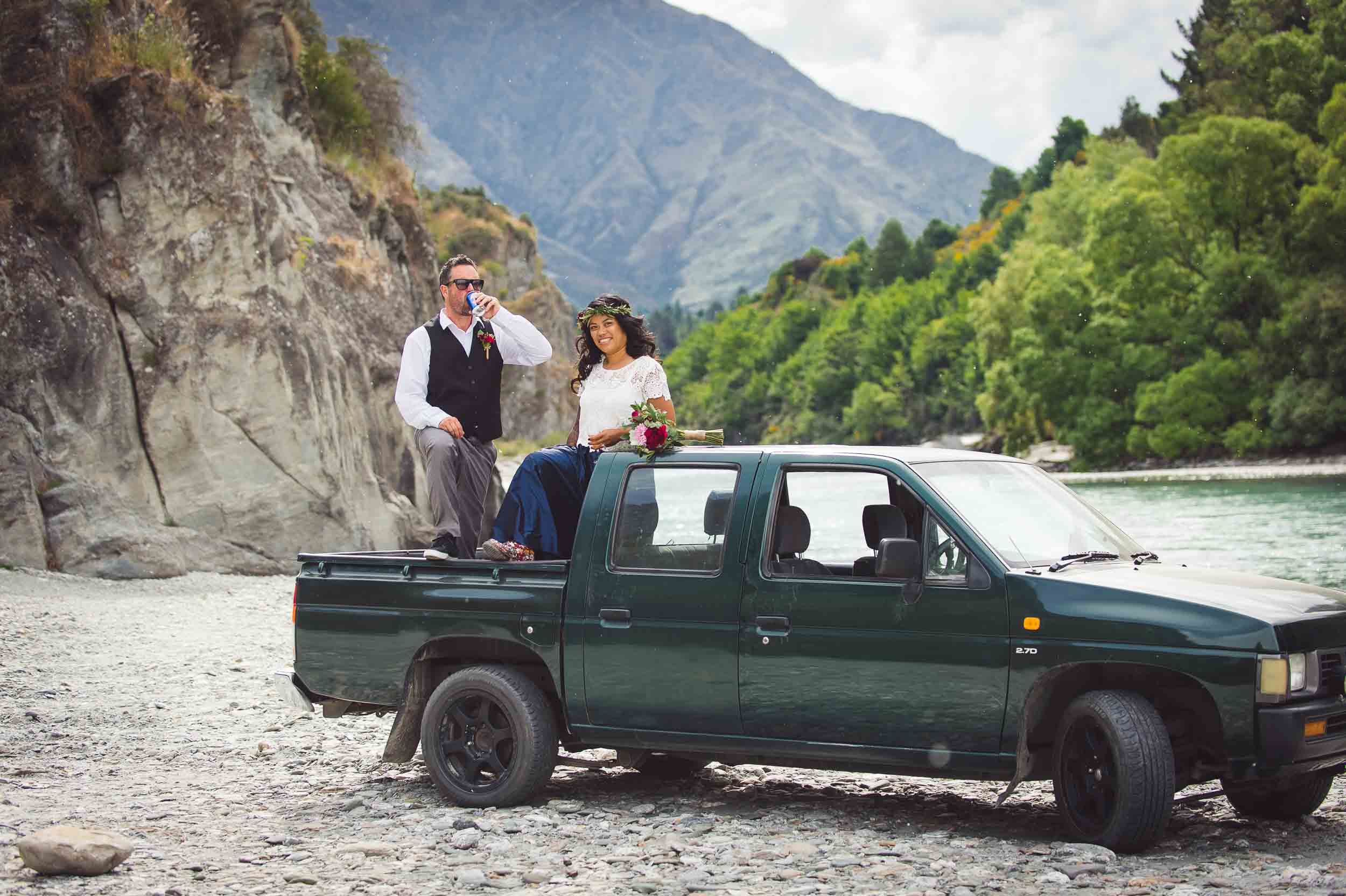 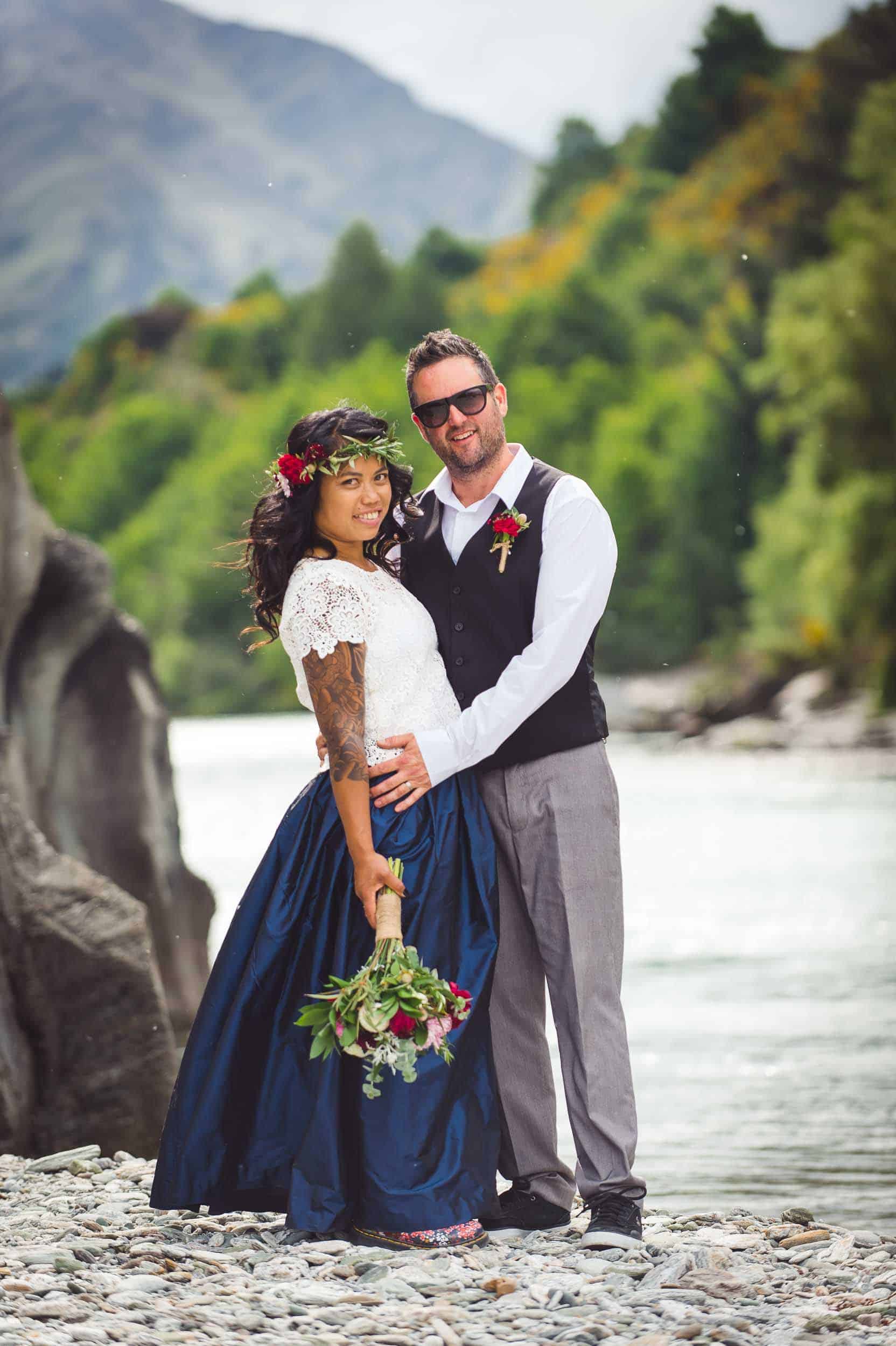 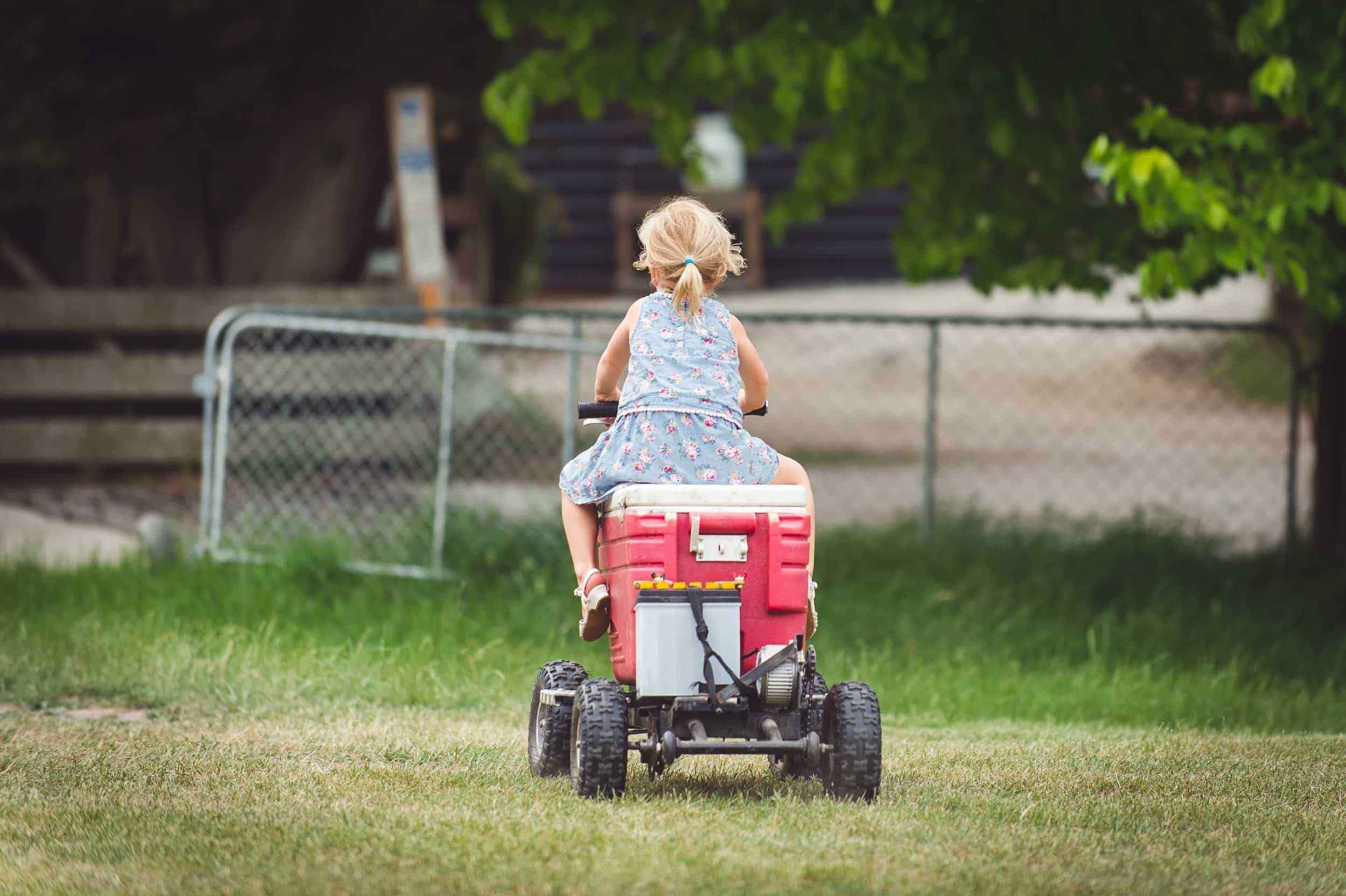 (I felt terrible because there was one young girl racing around on the motorised chilli bin having the time of her life and I may or may not yelled out “Full throttle!”.  At which point she did indeed wring the bejesus out of the throttle and tore off out of control towards a nearby  tree.  Luckily she avoided the tree and injury but I did feel a tad guilty at the time…) 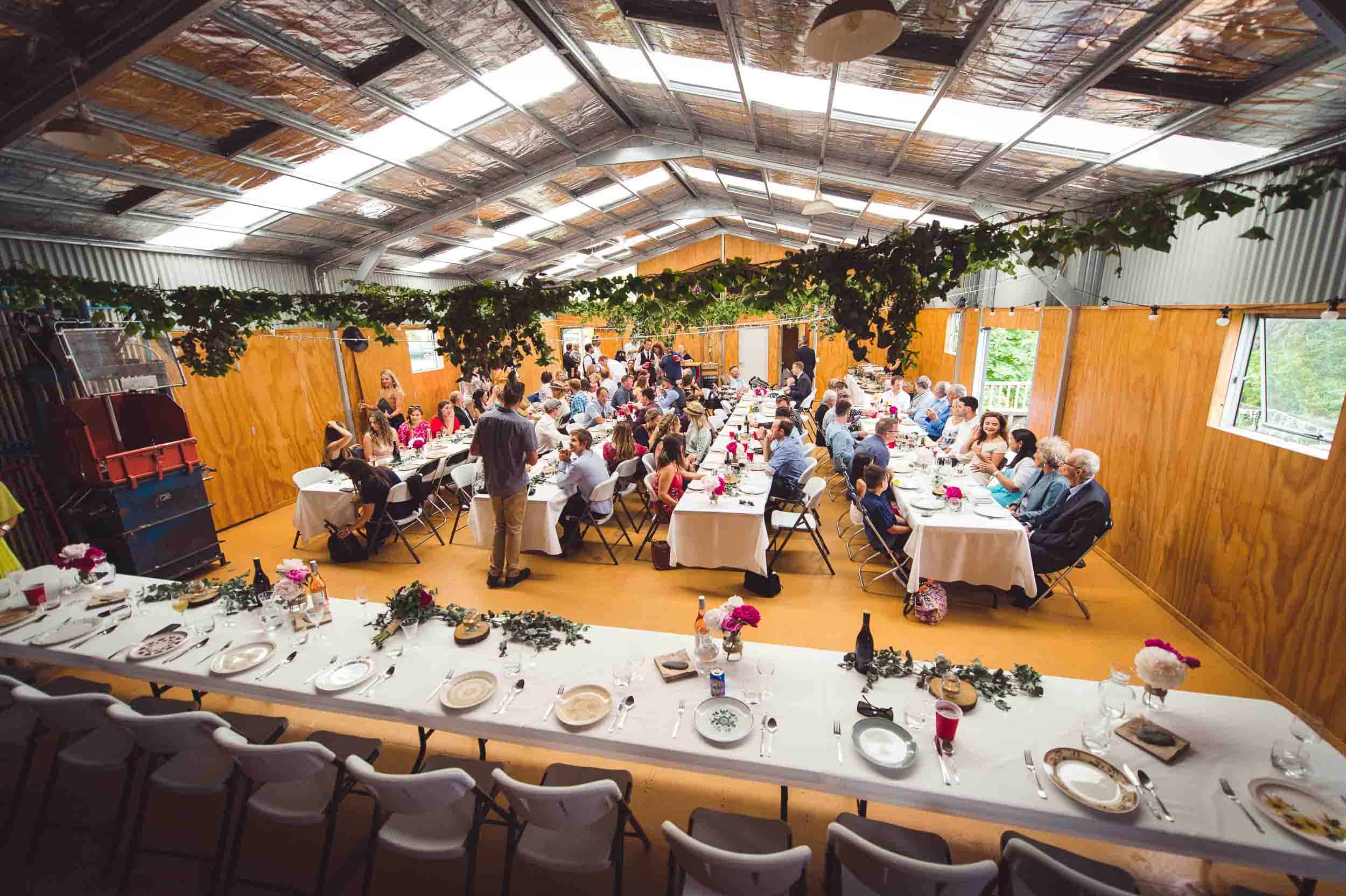 Inside the woolshed the amazing food was put on and served by Davy and some of the crew from Atlas Beer Cafe and Ivy & Lola’s.  There were also 2 custom beers brewed especially for the event on tap – McGazza’s Cald Piss (in honour of the big man himself R.I.P.) and Fraser & Indri’s own personal brew, the Frindri.

The reception was every bit as awesome, down-to-earth and intimate as the ceremony – but quite a bit funnier, with pretty awesome speeches by those closest to Fraser & Indri.  Personal highlight for me has to be Jo Boyer’s bit about thinking Fraser was hurt because everybody kept talking about his “injury” (Indri, get it?) and how it must be really bad because everybody kept talking about this “injury” every time they mentioned Fraser.

I have to be honest though, I am kind of glad I snuck away before the “dancing” kicked in.  One of my good mates is still nursing a “dancing” (read “mosh pit” here) injury from the night!

Anyway, I’ll let the pictures do the rest of the talking…all in all Fraser & Indri’s Queenstown Hill Station Wedding was an awesome day was had by all and two people who love each other got hitched.  What more do you need?

Fraser & Indri (and little Robbie!) congrats on tying the knot, what an awesome day – thanks for letting me be a part of it all.